Steven R.  Corman (Ph.D. 1988, University of Illinois) is a Professor in the Hugh Downs School of Human Communication at Arizona State University, and directs the Center for Strategic Communication (CSC).

Corman is editor or Narrating the Exit from Afghanistan (2014, CSC), (co-author of Master Narratives of Islamist Extremism (2011, Palgrave Macmillan) and co-editor of Weapons of Mass Persuasion: Strategic Communication to Combat Violent Extremism (2008, Peter Lang). The latter won the 2009 Distinguished Award for a Scholarly Edited Book from the Applied Communication Division of the National Communication Association.  That same year Corman won the Applied/Public Policy Research Award from the International Communication Association, and the Faculty Achievement Award in Defining Edge Research: Best Professional Application at Arizona State University.  In 2011, he received an Award for Exceptional Scientific Achievements and Contributions from the Human Social Culture Behavior (HSCB) Modeling Program, U.S. Department of Defense.

Over his career Corman has published over 70 articles, books, book chapters, and white papers, and holds two patents.

Since 2001 Corman has served as an invited participant or featured speaker at numerous national and international workshops and symposia on counterterrorism, strategic communication and public diplomacy.  In 2011-2012 he served as a Senior Consortium Fellow for the Army Research Institute, and in 2011 he was Distinguished Visiting Scholar at the Centre for Excellence in National Security at Nanyang Technological University in Singapore.  In 2005-2006 he served on the Scientist Panel for the Strategic Operations Working Group at U.S. Special Operations Command as an expert on terrorist networks and ideology.  He has been an invited speaker at international conferences in Germany, Italy, Singapore, Turkey, and the United Kingdom.

Corman’s other research interests include organizational communication systems, text and conversation analysis, social networks, and computational modeling/simulation.  He is Co-founder and Chief Technology Officer of Crawdad Technologies, LLC, an ASU spin-out that developed and marketed advanced text analysis software and services.  He is past Chair of the Organizational Communication Division of the International Communication Association, and serves on the editorial board of Management Communication Quarterly. 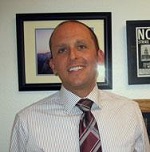 Bradley Adame studies how people respond to communication campaigns designed to promote disaster preparedness in areas of the country that suffer high rates of extreme weather events such as hurricanes, floods and tornados. His goal is to give guidelines for producing the most effective type of messages so that people will pay attention and take steps to protect their families and property. Prepared citizens are better able help themselves and their neighbors, in turn building stronger organizations and communities. 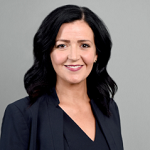 Scott W. Ruston (PhD, Critical Studies, University of Southern California) is a Research Scientist with Arizona State University’s Global Security Initiative, a university-wide interdisciplinary hub for researching complex challenges in the global security arena, where he leads the GSI’s Decision Making research pillar. Also a member of ASU’s Center for Strategic Communication, Dr. Ruston’s research focuses on the socio-cultural dimensions of the information domain. He has applied his expertise in narrative theory and media studies to projects addressing counter violent extremism, the influence of cultural narratives, disinformation and propaganda, and the neurobiology of narrative comprehension. He is co-author of Narrative Landmines: Rumors, Islamist Extremism and the Struggle for Strategic Influence (Rutgers University Press, 2012), as well as articles on strategic communication, extremist videos and the narrative potential of new media technologies.  He has presented widely on these topics to academic, governmental, and non-governmental organization audiences.  Current research projects focus on analysis of propaganda and information operations in so-called Gray Zone operations, as well as narrative-based interventions influencing attitude, belief and behavior in organizational culture. 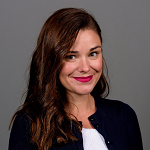 Zanin’s research focuses on the intersections of health and organizational communication. She is specifically interested in issues of discourse and identity negotiation in unconventional organizational contexts (e.g., life enrichment groups, non-traditional organizations, sports teams, healthcare organizations). Her dissertation was an ethnography of two American collegiate Division I athletic programs (i.e., football and women’s track) and described how organizational members were able to resist managerial influence collectively in the absence of talk through overlapping identifications. Her research utilizes structuration, sensemaking and framing theories, and focuses on issues concerning power, resistance, and body work. Zanin’s rigorous plan of research is exemplified by her recent publications in Management Communication Quarterly, and Small Group Research.