Last weekend was my first Defense Entrepreneurs Forum conference, DEF 2015 . I came away extremely impressed by the diverse talents and intellectual firepower of the participants and their dedication to being positive change agents. Entrepreneurs mixed with active duty military personnel, senior leaders with juniors, Silicon Valley with Beltway, veterans with academics, journalists and authors; despite such obvious differences of perspective, discussion commenced not just with great civility but a sense of fraternity and esprit de corps. “Like a reunion” was how most attendees of DEF 2015 described it.

The conference received special support from The Atlantic Council, The University of Chicago’s Booth School of Business and their Polsky Center for Entrepreneurship and Innovation and Bunker Labs.  Additionally, there was strong representation at DEF 2015 by the U.S. Naval Institute in the persons of USNI CEO VADM (ret) Pete Daly and LCDR BJ Armstrong, editor of the Institute’s 21st Century book series (Armstrong was kind enough to slip me some copies of Naval Strategy and Naval Tactics, edited by Thomas Cutler and Captain Wayne Hughes, Jr. respectively). DEF 2015 was held at the Booth School’s Gleacher Center and the itinerary can be viewed here:

The advantage of the DEF 2015 conference program was the array of interesting speakers and workshops available (more than are listed online) running different lengths of time; the downside was that at some point, you had to miss something cool to do something great. I invested the largest chunk of time in attending the excellent three-part Design Thinking workshop run by Major (ret) John Silk as this had the most added-value relevance to my job, but I would have liked to have also heard the Bitcoin case study, the DARPA talk and the DEF Consultancy by VADM Daly and Josh Marcuse of DoD. Fortunately, many talks were recorded and will be on the DEF site and YouTube once they are edited.

August Cole of the Atlantic Council and co-author of Ghost Fleet gave the closest thing to a keynote speech with his talk Ghost Fleet and the Art of Future War. Cole delved into the utility of artists and science fiction writers in futurist theorizing about armed conflict (one such writer is ZP’s own managing editor, Charles Cameron whose contribution to Cole’s futurism project was War in Heaven) including ” urban warfare in mega-cities”.

A textbook example of the high quality of F2F interaction at DEF 2015: A debate over the technical, tactical and strategic capacities of drones in non-permissive environments broke out during lunch between VADM Pete Daly (gesturing) and NDU researcher Joshua Steinman (far left) that drew in the rest of the table as well as August Cole and several passers-by. 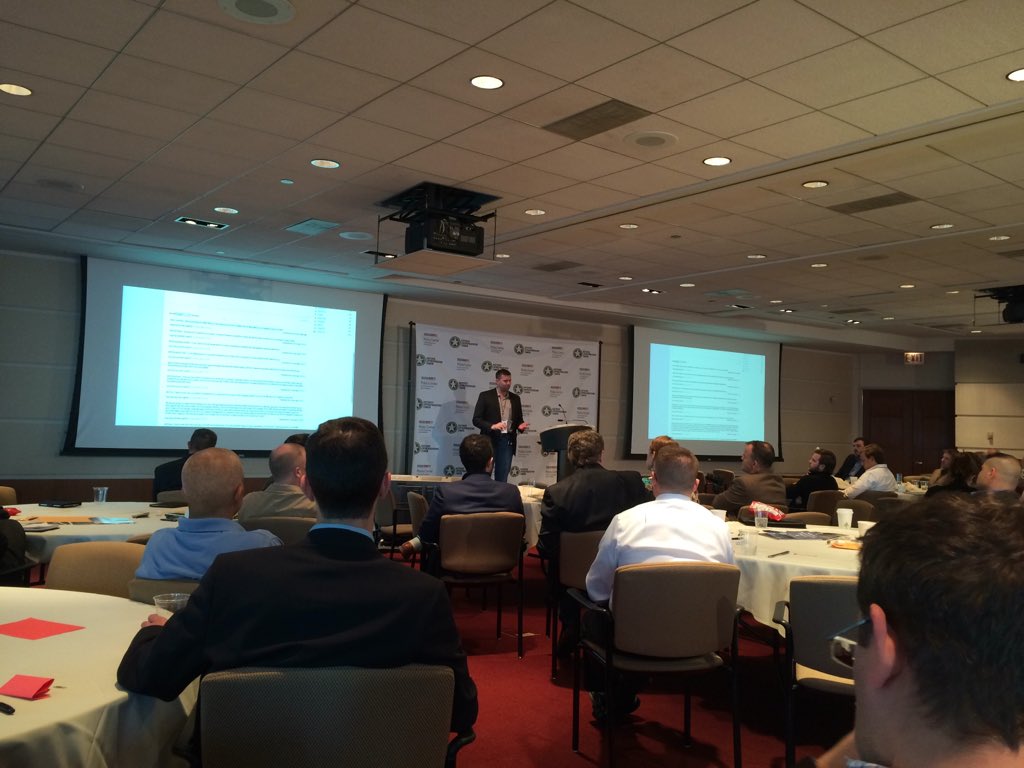 Richard Walsh of the U.S. Navy’s CNO Innovation cell advised everyone to “rock the boat” in a way that epitomized Boyd’s maxim of “Doing something” instead of “Being somebody”. Walsh explained his experience in terms of “grit” where people rise to an idea, a philosophy that resonated strongly with the audience.

William McNulty of Team Rubicon gave one of the most inspiring and moving of all the DEF 2015 talks regarding American veterans who have stepped up to forge one of the world’s most effective, first responder, humanitarian NGOs. I saw McNulty speak about Team Rubicon number of years ago at Boyd & Beyond and it was stunning to hear how the organization has since grown in its reach and capacity to make the world a better place.

It is important also to emphasize that great value of the informal networking times built into DEF 2015 both during the conference and at the evening socials, respectively at 25 Degrees and Moe’s Cantina (both located in the Chicago Loop). I made new friends and met old ones I have known from the strategy-sphere, Twitter and Facebook F2F for the first time. Stimulating convos were had with BJ Armstrong, Nate Finney, Joe Byerly, Josh Steinman, Mikhail Grinberg, Rich Walsh, August Cole, Nick Kesler, “Micah of West Point“ and “Emily of Loyola”. 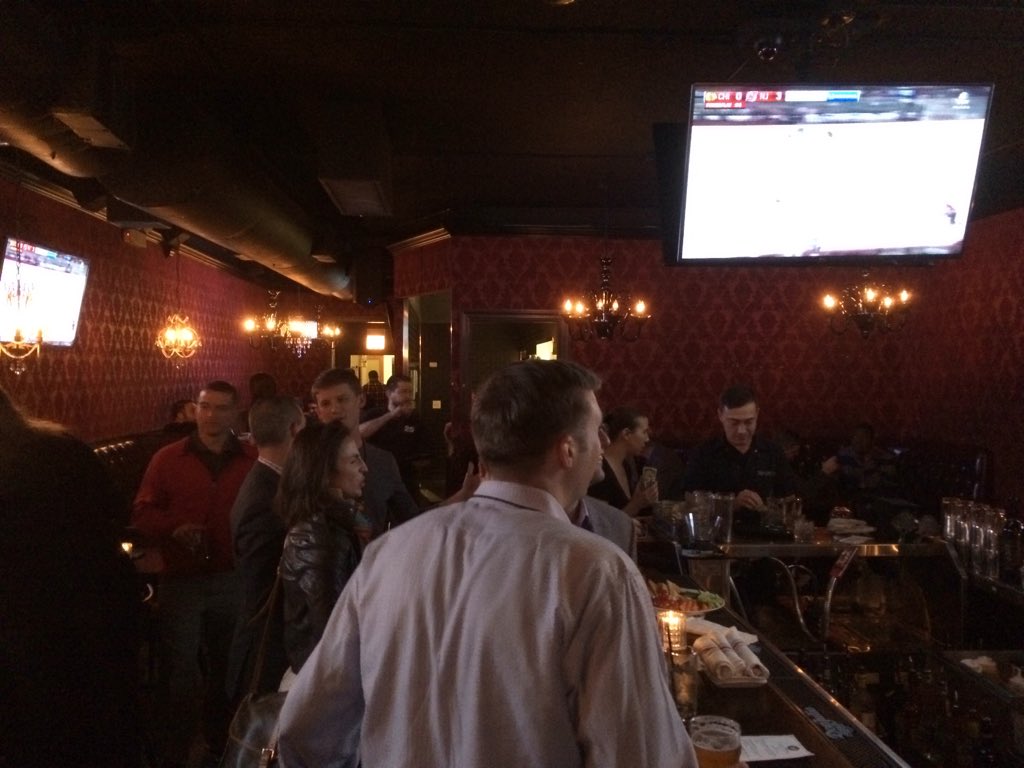 Finally, thanks needs to be given to the DEF leadership team for making DEF 2015 an outstanding success, including but not limited to Ben Kohlmann, J. P. Mintz, Mikhail Grinberg, Jen Walsh and Joe “the Leaderboard” Byerly. See you all next year! 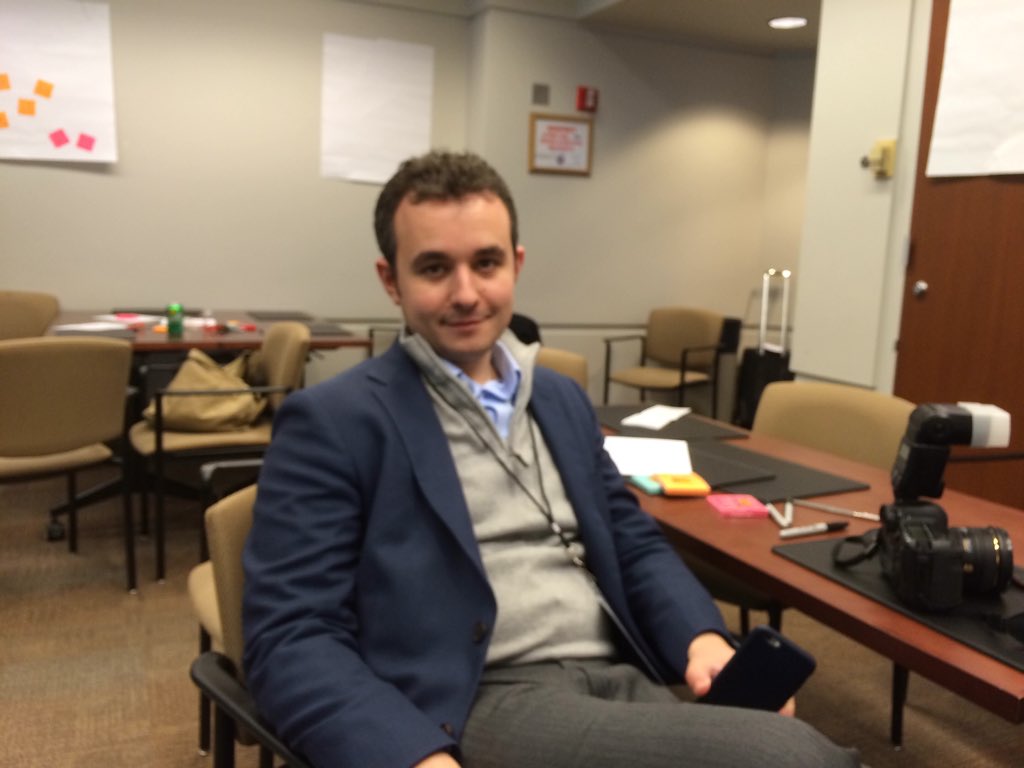