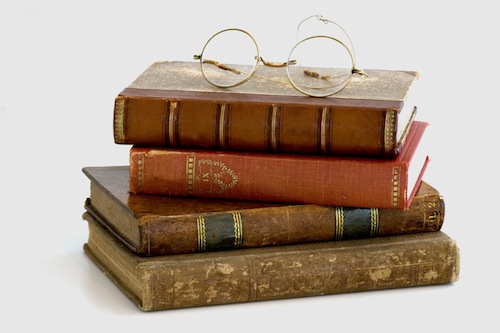 Top Billing (Multi-post Blogging)! Cheryl Rofer of Nuclear Diner, on the Iran Deal: Yes, There Is An Iran Deal , Approaching The Iran Deal, The Fun Part Of The JCPOA, Taking Samples – Not As Simple As You Might Think, The Volunteer Verification Corps, The JCPOA – Monitoring Uranium Enrichment, Twenty-Four Days

….A number of you have requested posts on JCPOA verification and the “24-day” issue. A way to start is with Jeffrey Lewis’s request for how environmental remediation relates to JCPOA verification. It’s something that I will need to refer back to in discussing those issues. And it’s clearly something that numerous commentators have no idea about. Basically, the requirements for sampling should be pretty much the same for IAEA inspections as for environmental remediation. Both have to stand up to legal scrutiny.

I’ll use three sites as examples: a metal plating bath outflow that was one of my responsibilities at Los Alamos, the Parchin site in Iran, and Al Kibar. I’m not making any big points here about Parchin and Al Kibar. I am using them to show what sampling requires.

Sampling is easy, right? You dig up some soil and put it in a baggie, or you swipe a wall with a tissue, and then you send it to the analytical lab and they tell you. BZZZZT! WRONG!

Sampling starts at a desk. First, you have to figure out the question you are trying to answer. The environmental remediation questions are pretty standard – what is there, how much, and where it is spread to – but the IAEA’s questions tend to be more varied. At Al Kibar, the question is whether there was a reactor there before the Israeli raid and the Syrian cleanup of the site. The situation at Parchin is more complicated. Three types of experiments are alleged to have been done in a containment chamber inside a building, after which the Iranians made many modifications to the site, including modifications to the suspect building, soil removal, and asphalt overlay. The basic question is which, if any, of those experiments took place there.

Second, you have to figure out what kind of samples you need to answer the question. For the plating outflow, that meant going to the archives to find out what kinds of metals and other chemicals were involved in the plating operation, what was released in the outflow, when and for how long. You also need to know what kind of samples the analytical laboratory will need to get good analyses. If you spend days getting 10-gram samples and the lab needs 100 grams for the analysis you want, well, you’ll have to do it again. And the IAEA doesn’t always get to do it again. [….]

David Brin – Altruistic Horizons: Our tribal natures, the ‘fear effect’ and the end of ideologies

….Deep thinkers about human nature start with assumptions. Freud focused on sexual trauma and repression, Marx on the notion that humans combine rational self-interest with inter-class predation. Machiavelli offered scenarios about power relationships. Ayn Rand postulates that the sole legitimate human stance is solipsism. All are a priori suppositions based on limited and personally biased observations rather than any verified fundamental. Each writer “proved” his point with copious anecdotes. But, as Ronald Reagan showed, anecdotes prove nothing about generalities, only about possibilities.

In fact, while the models of Freud, Marx, and Machiavelli (also Madison, Keynes, Hayek, Gandhi etc.) attracted followers, I think a stronger case can be made for tribalism as a driver of history.

….When the ambient fear level is high, as in civil war-riven Lebanon, loyalties are kept close to home. Me against my brother. My brother and me against our cousins. We and our cousins against the world. Alliances merge and are broken quickly, along a sliding scale that appears to be remarkably consistent. The general trend seems to be this: the lower the ambient fear level declines, the more broadly a human being appears willing to define those tribal boundaries, and the more generous he or she is willing to be toward the stranger.

Lexington Green – “… a cyber attack has the potential of existential consequence.”

“Based upon the societal dependence on these systems, and the interdependence of the various services and capabilities, the Task Force believes that the integrated impact of a cyber attack has the potential of existential consequence. While the manifestation of a nuclear and cyber attack are very different, in the end, the existential impact to the United States is the same.”

Small Wars Journal – Despite Nuclear Deal, US and Iran Locked in Regional Shadow War and Why Troops Avoid a Fight

The Bridge –The Cockroach Approach: Bombing Our Own Failed Narrative

Cicero Magazine –Disarming the Profession of Arms: Why Disarm Servicemembers on Bases?

Smithsonian – How Geography Shaped Societies, From Neanderthals to iPhones