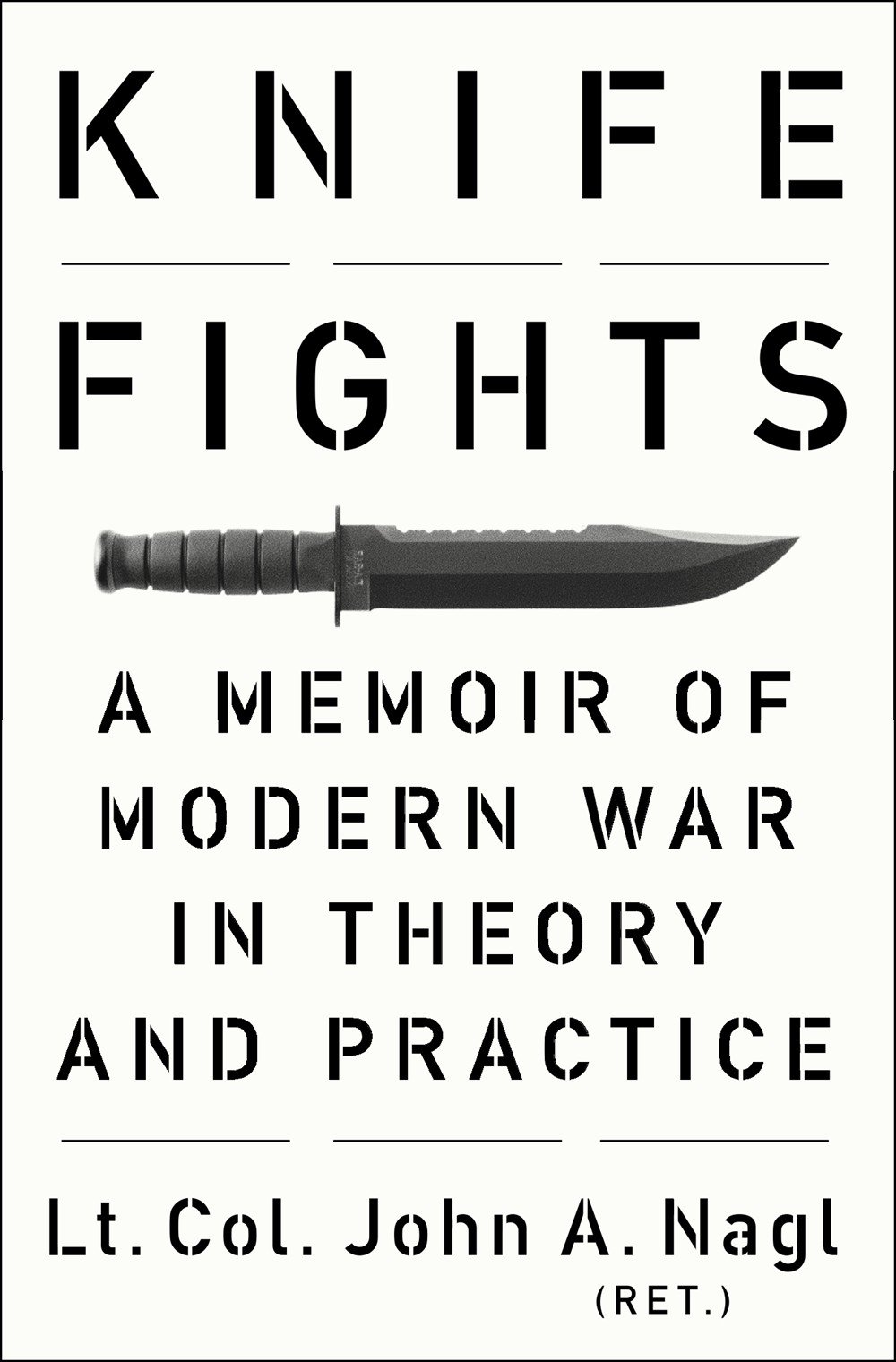 Knife Fights: A Memoir of Modern War in Theory and Practice by John Nagl

If General David Petraeus was the Pope of the COINdinistas, Lt. Col. John Nagl was at least the Archbishop of Canterbury. Few men alive were more closely identified in the public mind with the revival of COIN doctrine and the “Surge” in Iraq than Dr. John Nagl.

SWJ: What are the lessons that we need to remember from the post 9/11 campaigns as we move forward?

SWJ: Why this title “Knife Fights”? I remember that the title of your previous book “How to Eat Soup with a Knife” intended to give us a sense on a special kind of warfare. Do you refer now also to these fights waged on the Washington battlefield to change the American way of war?

Both. This book begins with a tank fight during the Operation Desert Storm, the first Iraq war, one fought at long range where you could identify the enemy by uniform and by the vehicles that they were driving. And I compared that war with the wars that I’ve studied at Oxford whose character was so well captured by T.E. Lawrence’s reflection that “war upon rebellion is messy and slow, like eating soup with a knife”. Having fought a long range conventional war in Desert Storm, having studied irregular war, I fought my irregular in Anbar province, in Iraq in 2003-2004, a war fought at very close range, very different from the kind of war that we were prepared to fight. We were fighting people at ranges so close that our alleged situational awareness, our intelligence resources, everything that the American military invested billions of dollars wasn’t helpful. They were fishes swimming in the sea of the people so it was very difficult to identify who the enemies were.

From Al Anbar, I went almost directly to the Pentagon, working for Deputy Secretary of Defense, Paul Wolfowitz and engaged there also in very close range battles trying to change the way America was fighting, how America thought about counterinsurgency and helping the Army, DoD and State Department to understand the kind of war in which we were actually engaged in. I continued this with the publication of FM 3-24, a knife fight largely with friends. The title refers to my previous work but it is also a good descriptor of the kind of battles I fought in Iraq and in Washington.

SWJ: What is/was the center of gravity on the Washington battlefield?

It is certainly messy and slow. It doesn’t always appear to have a center of gravity. The center of gravity shifts rapidly. Astoundingly, probably the most important person in making the decision to surge forces into Iraq that General Petraeus led into 2007, the center of gravity of that decision was a man who had no official position in Washington, Retired US Army General Jack Keane.  He became a sort of intellectual father of the surge which was probably the most important decision of the Iraq war other then the initial misguided decision to invade there. Power, like insurgency, is fluid and it changes over time.  And just as it takes a network to defeat an insurgent enemy, it takes a network to change policy in Washington.

COIN theory in the mid-2000′s ultimately suffered from the transformation that Colonel John Boyd once observed where today’s doctrine becomes tomorrow’s dogma.

That said, Nagl is correct that irregular warfare is here to stay because it is a cheap and it is an effective form of warfare for the less powerful and impoverished facing the strong and the wealthy.  I think however that the “hybrid warfare” postulated by Frank Hoffman and seen most recently in Ukraine is likely to become the more dominant variant of irregular warfare in the 21st C. rather than stand-alone 4GW type insurgencies like al Qaida, ISIS or the Lord’s Resistance Army or the classical Maoist model insurgencies because hybrid warfare is now too attractive to many authoritarian, revisionist, ambitious powers like Russia, China, Pakistan and Iran. It plays to their strengths at unconventional and political warfare, terrorism and the like while providing the “plausible deniability” (even if obviously absurd, as in Ukraine) to ward off an overwhelming response from the West or the United States. The ROI is dramatic and it “levels the playing field” from the perspective of “have not” powers.