[by Mark Safranski AKA “zen”] 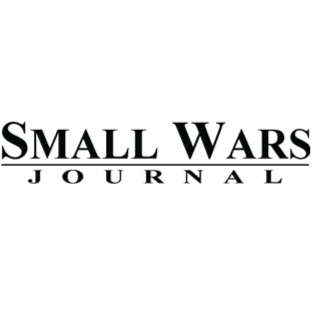 Octavian Manea has two excellent interviews up at SWJ; for those interested in COIN theory and history, these are must-reads:

Learning From Today’s Crisis of Counterinsurgency

SWJ: What is the relevance of post-9/11 counterinsurgency campaigns for future Western expeditionary operations? What are the challenges you expect to see repeated in future campaigns? Is the past a prologue to the future?

Robert Egnell: In a simplified version, General David Petraeus already answered this question: “the counterinsurgency era is not over [because] the insurgency era is not over.” So long as the operating environment looks as it does today, so long as the character of conflict looks as it does today, the lessons at the tactical level of the last ten years remain highly relevant. Even if we can debate the concept of counterinsurgency and its application today and tomorrow, the lessons of operating in urban environments, foreign languages and foreign cultures will be relevant also in the future. Expeditionary powers cannot escape these challenges. It is not going to get easier: how to engage with a civilian population, how to establish and maintain civil order, how to collect and process human intelligence, how to operate in a foreign environment, how to provide basic services. These are challenges that are here to stay with us as we move forward.

David Ucko: Beyond these common operational challenges, one of the most pressing lessons from the cases discussed in the book is the need for greater strategic thinking. This sounds like a cliché these days, and becomes a catchall explanation with little substance. But despite great talk about the need for strategy, I don’t think the term or the art is widely understood. Looking at what happened in the last ten to fifteen years – whether we call it counterinsurgency, war, contingency operations, it doesn’t really matter – the ability to craft and implement a viable strategy is absolute, for any power involved in any kind of expeditionary operations. This is the relevance of the post-9/11 expeditionary operations and our book seems to place counterinsurgency within this strategic context. There are great lessons from these campaigns and we would be absolutely foolish to dismiss them as aberrations just because we don’t like the word “counterinsurgency.”

Gangs, Slums, Megacities and the Utility of Population-Centric COIN

SWJ: Are these trends here to stay with us? Are we heading towards a world that provides more opportunity for these dark networks to proliferate, to incubate? On one side, we see concentrated urbanization in coastal, hyper-connected areas that will need to accommodate more and more waves of rural immigrants. Presumably this will put pressure on an already overstretched city infrastructure. On the other side, we see what Moises Naim is talking in his latest book the decline/decay of power, the decoupling of power from size, the decoupling of the capacity to use power effectively from the control of a large Weberian bureaucracy.

VF-B: They will definitely stay and perhaps will intensify, partially for the reason that urbanization is taking place in a way and magnitude with which many governments struggle to cope. Much of Mexico City, a megacity of 20 millions people, for example, is really disconnected from the central government and the central business areas. Another example is Karachi: yes, the blood bath that we see there is partially instigated by state actors, but it is also a phenomenon of a very tenuous and limited control of the state in many areas of the city. I am intrigued by the Moises Naím’s suggestion of the decoupling of the effective exercising of power from the Weberian bureaucracy. I would say that the Weberian construct of power has never been as widespread as we imagine. Many areas in the world, Africa being the prime example, have had a different notion of the state, one much closer to the medieval conceptualization where the purpose of the state and the purpose of power competition for controlling the state apparatus is to make money for oneself as opposed to the public service state whose main raison d’etre is to deliver public goods to citizens in exchange for legitimacy and sustainability. In the end the social contract emerged because the self-interested elites understood that they need to offer something to the population. The notion that the state is weakening and collapsing might not be really appropriate for many parts of the world where the state has always been defined as a mafia bazaar. You take over the state so you can issue exceptions from law enforcement to your friends, so that you and your friends can make money.

In other parts of the world, the state might have also not been quite conceptualized in terms of social contract and Weber like notions.  For example, in parts of Latin America, the state lies somewhere in between the European/Western model and some of the Asian or African states. In Latin America, the state is often captured by and serves a very narrow elite. Many countries in Latin America are still highly exclusionary. Even in places like Colombia with all of its progress over the past decade, there is still a fundamental unequal society. Yes, the middle class is increasingly able to participate in state making, along with the political and economic elites, and being able to demand accountability. But still vast segments of population are really not experiencing the state in any positive manner or not experiencing the state at all. Much of Central America faces massive challenges: tax collection might be as low as 10%, and the political and economic power is enormously concentrated in the hands of narrow  elites.

All that said, the future, if troubling trends are not mitigated now, might bring some fundamental challenges. Imagine if in the long term, there is substantial global warming, major sea level rise, and large parts of Bangladesh, for example, are submerged. This will generate huge waves of immigrants, but also radically empower the non-state actors who are able to provide some sort of protection and public goods to the population.