Heavy breathing on the line: Boyd and the hare

What do most respondants think?

John Boyd is a cheerleader jumping up and down on the sidelines chanting “faster! Faster!! FASTER!!!”.

This reduces Boyd to:

Is this man a cheerleader? 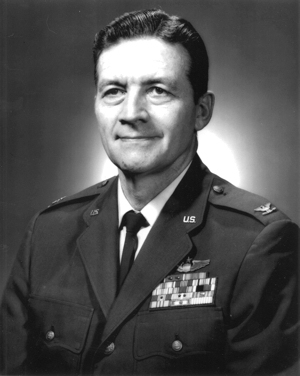 When Boyd smiles, he’s 100 million light years away from being a cheerleader.

If a Boyd particle barely brushed a cheerleader particle, it would annihilate it, leaving behind nothing but:

Boyd argued victory came by creating of a fatal disconnect between enemy and reality through:

All three are critical to the originality of Boyd’s thought:

Boyd was thinking outside the box.

Hannibal Barça put 50,000 or so Roman legionaries inside the box.

Few Romans ever thought outside that box again.

The physical kill box of Cannae became the mental kill box that military thinkers of the nineteenth century and early twentieth century kept their brains in.

This is your brain:

This is your brain on Cannae:

Schlieffen, Chief of the Great General Staff of the Second Reich from 1893-1906, was obsessed with Cannae.

He even wrote a book on it.

Satisfying those stringent requirements led to the Schlieffen-Moltke Plan:

Its results were mixed.

Schlieffen’s plan failed because it only aimed at physical annihilation of Franco-British forces.

It’s moral and mental isolation (or annihilation) components were few or vestigial.

This absence dominated the Western Front for the next three years.

Boyd suggested that the German development of infiltration techniques in the later half of the war countered this.

Instead of the long bombardments château generals thought would physically annihilate the enemy trench line, barbed wire, and fortifications…

…providing suppression as much through sudden mental or moral disorientation as through physical destruction.

Small teams of infiltrators dribbled across the lines in small groups, causing moral and mental derangement by attacking the enemy from the flank or rear in unexpected places at surprising times.

Boyd referred back to Leuctra rather than Cannae as a guide:

Epaminondas‘ seemingly simpler act of stacking his left 50 deep and weakening his right was just as effective as Hannibal’s more technically complex but brittle double envelopment at Cannae.

Epaminondas created a fatal disconnect between Spartiate and reality through a balanced attack:

Without the enormous luck and complexity involved in pulling off a double envelopment.