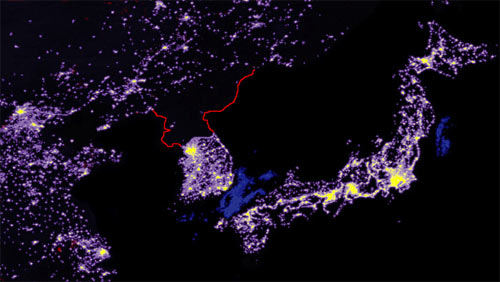 North Korea’s shopworn game of bluster, threaten, bully, violate international norms and eventually be rewarded with concessions and bribes has stopped working, which is why there now is a crisis. With the suckers (ROK, USA and Japan) refusing to play three card monty and with even  Pyongyang’s confederate China wearying of the scam when they have their own fish to fry, Kim Jong Eunhas few options to save face except to double down on painting himself into a smaller and tighter corner. There are some who would like to play the game of appeasement for a temporary respite but both Seoul and Washington are taking a harder line on North Korean antics.

One gets the impression that -unofficially, mind you – Beijing would not mind “Fatty the Third” getting a comeuppance that could push him from power and lead to the ascension of a more mature, more reasonable, more seasoned and more Sinicized leader of the Kim dynasty.

Here is a round up of more intelligently thought out (or at least interesting) articles and posts about the Nut of the North and possible war with North Korea:

Colonel Maxwell is an area specialist on the DPRK, these are the “must read” pieces

Patrick Cronin – Tell me How this Starts

Let me try my hand at reading the tea leaves. I don’t know that much, relatively speaking, about the “sovietology” of analyzing North Korean nuances which I will leave for experts like Colonel Maxwell to concentrate on other angles. Some points i no particular order: