The Republican Party: A Strategic View 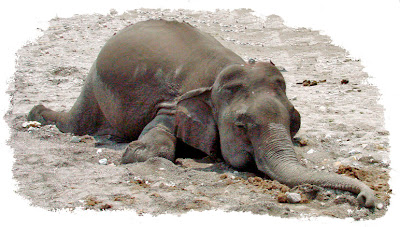 Generally, I eschew writing about partisan politics, but like everyone else in America – and possibly a plurality of the planet – today the election was a topic of discussion, deconstruction and debate for me.  President Obama and his supporters are reveling in their victory, Republicans and conservatives are organizing circular firing squads, but the good news for America is that the election was fair, free and unmarred by the kind of bitter partisan dispute we saw in 2000. The country has sufficient serious problems and is deeply divided enough without having that cross to bear again.

Some Democrats seem to believe the President has won, if not a “landslide’, at least a crushing victory in squeaking by Governor Mitt Romney. While that belief may be delusional, it is the GOP that is clearly in trouble despite winning nearly half the popular vote and is positioning itself to implode in an ideological civil war.

Some of the more intelligent or interesting reactions I read came from historian Ron Radosh, political scientist Dan Nexon,  conservative wonk Bruno Behrend,  blogger Dave Schuler and the NRO Corner, which had a mixture of teeth-gnashing and cold-eyed realism.

What should the once great Republican Party do?

Admit they have a problem – that a majority of Americans find the GOP to be angry, scary and a little bit nuts:

Chris Christie is not why Romney lost. MSM liberal bias, though real enough and sometimes nasty, did not stop the elections of Richard Nixon, Ronald Reagan, George H.W. Bush or George W. Bush (including the two greatest electoral landslides in American history). Even Romney, though he carries his share of blame as standard bearer for an unsuccessful campaign, is not the whole reason millions of Hispanics and women who previously voted for George W. Bush and John McCain, voted to re-elect Barack Obama.

It wasn’t Mitt Romney (who incidentally, I am no fan of) who decided to spout off  in the midst of a national campaign season about idiocies like “legitimate rape”, the Big Bang theory being from ” the pit of Hell”, that Obama is secretly a Muslim or advocating laws where the government can forcibly ram an ultrasound wand into a woman’s vagina. Really, where did that last bright idea come from – Communist China?

The problem is the Republican Party and mainstream conservatives tolerate and support the presence of angry, misogynistic, ignorant crackpots who scare away normal people. The GOP needs to recall  a lesson from Bill Buckley instead of letting the nuts set themselves up as the arbiters of what is “conservative”.

Sectarian purity is something best left for Church – at the polling booth you need a majority.

While it is the duty of the opposition party to oppose and Obama is going to give Republicans many ideas or actions worth fervent opposition in his second term, being against something is only part of the equation if the goal is to “win”. The other part is offering a positive alternative or constructive vision that diminishes your opponent while advancing your own cause – a “noble philosophy” that attracts the uncommitted, pumps of the resolve of your allies and demoralizes and daunts your adversaries. A philosophy that builds expanding, winning, governing, coalitions
.

People want, pretty desperately, to buy into a positive vision that offers a great future for the country and their children that says America’s best days are yet to come. That the United States is the preeminent force for Good in the world and should unreservedly remain so. Obama cannot offer that vision and, with some exceptions, neither will his party. The GOP needs to be not just “a” but “THE” middle-class party – the party of strivers and upward social mobility, personal achievement, rising living standards for everyone and freedom. A Party that is attractive because what Republicans are for and what they do, not just what they are against. Or whom.

The GOP should be the natural political home of Latinos, Asians, Jews and Catholics but it isn’t. It should remember small business and entrepreneurs when voting for garbage like Sarbanes-Oxley or Federal bailouts for crony capitalists, not just when they need them at the ballot box. The truth is, given the state of the economy, Obama’s mediocre record and empty campaign, Romney should have crested toward a Reaganesque 1984 electoral landslide but he did not.