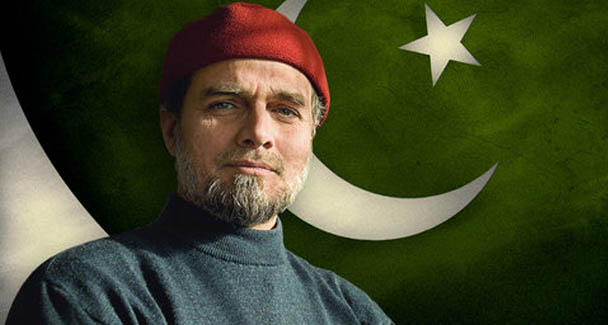 A while back, Charles Cameron had a post on the Ghazwa E Hind that served as my introduction to an oddball Pakistani agitator named  Zaid Hamid.  The colorful Mr. Hamid seems to be Pakistan’s fully militarized version of Glenn Beck fused with an Islamist George Friedman, with perhaps an astrologer and Rip Taylor thrown in for good measure. In discussing this figure, ZP commenter Omar offered:

….But this clown has serious backers. The deep state systematically uses these clowns to prepare the “information space” for their plans. ..and they are not kidding around.

Zaid Hamid made a recent appearance in another post by Charles, so I felt inspired to look at him more closely and discovered that Hamid, who has a fondness for 4GW verbiage, has his own think tank, Brasstacks which publishes “geostrategic analysis”, largely about alleged “Hindu Zionist” (?) conspiracies to destroy Pakistan. These papers are fascinating, in a car-crash sort of way, much like a political intelligence letter from the LaRouchies. There is also a blog by Hamid, where his latest post remarkably declares Pakistan’s late dictator, the ruthless General Zia ul-Haq, a “shaheed”.

My question, since Hamid appears to stir controversy and criticism within Pakistan, is what is his real level of influence in Paskistani society? Comments welcome.