A new piece in the wake of the revelation of Anjem Choudary’s conviction for the Guardian looking at the question of the importance of leadership in terrorist networks and what his detention means. The article is a bit less declarative as the title, but there we go. Also spoke to BBC Today about Choudary’s arrest and they have used the clip on their podcast which can be downloaded here and bits of it got subsequently picked up here.

Am also using this opportunity to catch up on some media comments, spoke to the Financial Times about lone actor terrorism, to Politico about the UK-China relationship and Hinkley Point, to Politico about Europol’s future, to TodayFM about terrorism in France, to Huffington Post about how the current wave of terrorism compares to history in Europe, to the BBC, France 24 and The Local about the spate of terrorist attacks in Germany,

Raffaello Pantucci
Figureheads give direction to what would otherwise be just a cluster of angry people. Imprisonment will keep his hateful ideology in check

The conviction of Anjem Choudary marks a significant moment in the history of British jihadism, but it is unclear what kind of an impact it will have. Terrorist groups and networks do suffer when they lose charismatic leaders. Their removal is unlikely to completely destroy a group, but it does change the dynamic.

Terrorist networks are, at their core, groups of people gathering around an ideology. Individuals are drawn in for various (often deeply personal) reasons, but to function as an effective unit that works to advance an ideology requires organisation and leadership. Otherwise, it is just a cluster of angry people with no particular direction. 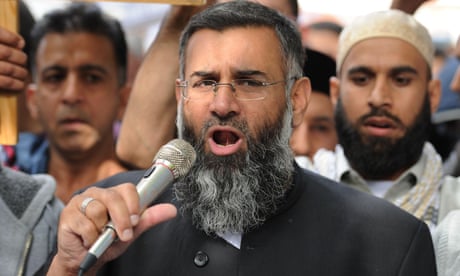 It is here that leadership figures are key. They provide direction and can help motivate others, as well as offering some practical experience and, crucially, contacts. An individual who has risen to the top of a terrorist network after a long period of time will develop an understanding of what works. The relationships they will have developed over time are hard to replicate.

Choudary is a prime example. Involved in the formation of the UK-based jihadist group al-Muhajiroun in the mid-1990s, Choudary had pedigree and trust among the community of individuals drawn to the group as well as the wider extremist community. This included those who joined the group pre- and post-9/11. He understood the mechanics of how to organise protests and attract media attention, providing the kinds of soundbites news organisations wanted to use. And he was a charming and charismatic fellow who would make people laugh while he told them about the brutal punishments that would be meted out in the perfect Islamic state he was seeking to achieve. All of this made him a very persuasive figure to the lost or curious young men and women who were drawn to him after seeing or hearing him in the press. In his absence there is no doubt that the network will suffer to some degree, even if Choudary’s own reputation is enhanced to some degree by the perception that he is martyr to the cause, possibly adding to his street cred among followers when he is released.

Other terrorist groups and networks have suffered as a result of the loss of such figures. The Shining Path in Peru largely shrank back into drug smuggling networks after its leader Abimael Guzman was arrested in 1992. Al-Qaida has never quite been the same since Osama bin Laden was killed and the less charismatic Ayman al-Zawahiri took over. After Abu Musab al-Zarqawi was killed, al-Qaida in Iraq faced a period of decline. In all of these cases, the groups did find ways of picking up or evolving subsequently, but the removal of leadership figures had a noticeable impact.

The importance of these charismatic leaders is both inspirational and practical. Choudary was famous for being the face of al-Muhajiroun and knew the lines. But he was also an organiser – which is important in ideological networks that aim to get people excited about ideas. They need not only to deliver the ideology persuasively, but also to help others organise themselves to hold protests, send out messages and establish websites. Choudary was very aware of this role and used the ease of contact and travel around Europe as a way of further internationalising his cause. Describing his relationship with a pair of radicals in Norway who helped establish the local equivalent of al Muhajiroun, Profetens Ummah, Choudary said: “There are no administrative links between us, but I am a mentor and adviser for them.”

The jailing of Choudary for a few years will not end the story of British jihadism. Partially because there are others like him, but also because the narrative he was espousing has entered the mainstream to the extent that his role as a megaphone for radicalisation is less important. But his imprisonment will have an impact on his immediate group and some of the contacts he had developed over time. For some time at least, he will be silenced and unable to spread his hateful ideology so publicly. Unless he is managed carefully, it is possible he might end up causing some damage in prison by radicalising fellow inmates, but the mere fact of his removal from the public conversation for an extended period will certainly do no damage to the cause of countering terrorism in the UK. Meanwhile, some of the people who were drawn into Choudary’s orbit and subsequently groomed or recruited by jihadist networks will, thanks to his absence, have a new hurdle to cross.