How Long Will The UK Be Spared An Extremist Attack?

Catching up on posting late again, this time an article for Newsweek looking at why the UK has not yet faced an attack in the current wave we see sweeping across Europe.

How Long Will the UK be Spared an Extremist Attack? 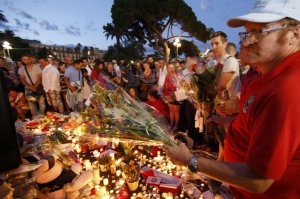 The United Kingdom threat level from international terrorism is currently set at “severe.” This means that the security and intelligence agencies believe that “an attack is highly likely.” It has been at this level since August 2014 when it was raised in response to developments in Iraq and Syria including the increased number of foreign fighters travelling to the Middle East from Britain and Europe. Since then we have seen the extremist threats in Europe mature and become more acute, while the U.K. has so far been spared an attack.

It is difficult to know why that is the case. It could be thanks to effective efforts by security and intelligence agencies, or it could be because the Islamic State militant group (ISIS), Al-Qaeda or other groups do not currently have the capacity to launch an attack on British soil. It is known that ISIS would like to launch attacks in the U.K.—aside from European returnees from the group such as the British former militant Harry Sarfo telling us, there is also the question of the links to the U.K. of the network that carried out the Paris Attacks on November 13 2015, as well as the regular appearance of British imagery in ISIS videos. The U.K. is seen as one of the key western powers that are fighting the group, and striking it would be an attractive option.

So far, the threat picture has been quite disparate. There have been plots that appear to show evidence of some external direction and coordination, others in which individuals appear to be working in conjunction with contacts abroad including the infamous ISIS hacker and recruiter Junaid Hussain, and plots which appear more in the lone wolf mold.

In the wake of the current spate of incidents in France and Germany, it is clear that intelligence agencies and police forces in the U.K. will be ramping up their capability. The use of new—and very basic—methodologies like a truck to run down crowds, will lead to a re-think on how best to prepare and conceptualize against such an attack. One solution is to build more heavy street furniture like bollards that prevent vehicles from driving on pavements.

The tactic of publicly decapitating someone has already been seen in Britain, with the murder of the soldier Lee Rigby in 2013. It was also mooted even earlier in 2006 when a man named Parviz Khan planned to kidnap and decapitate on video an off-duty British soldier. Security forces are alert to this threat, and beyond raising concerns among a larger community—with religious establishments now an even bigger target than before—there is not a huge amount that can be done. Synagogues have had security guards for some time, and they have started to appear at some mosques, but it is unlikely that we will see them at every religious establishment in Britain.

The biggest lesson to be drawn from the current spate of attacks is the contagious nature of this phenomenon.This is not a new phenomenon—when dramatic extremist incidents take place, they tend to generate copycat attacks—success breeds emulation. The British reaction should be to try to understand better how these events are triggered and to identify those plotting similar attacks in the U.K.

British authorities will also be exploring the implications of the fact that the 19-year-old who attacked the priest in Rouen was already on the security services radar, was subject to some form of electronic tagging and had already been incarcerated. The fact that an individual who tried to travel to Syria twice was not considered a priority case either suggests that the system in France is dangerously overloaded, or that the question of correct prioritization remains a concern. This is something all intelligence agencies face. In a world of incomplete information, multiple potential threats and targets and limited resources, prioritization is essential. Choices are made on the basis of available information and this means some individuals are given less attention. In this case, as with the Charlie Hebdo shooters and the Lee Rigby murderers, the decision was made to pay less attention to the eventual terrorists than others on watch lists because their activity did not seem to merit it. This question of who to focus on is a continual problem for the intelligence services and this particular failure will undoubtedly make British agencies re-consider some of their approach.

Greater attention will also be paid to reforming the U.K.’s existing Terrorist Prevention and Investigation Measures (TPIMs) system. So far a number of people on them have been able to abscond to Syria, though fortunately none have launched attacks like that seen in Rouen. The latest incident has shown what failure can look like, and making sure similar slips do not occur in the U.K. is going to be a priority.

While Britain has been lucky so far, the intent by groups such as ISIS and Al-Qaeda continues to cause serious concern. The U.K. has at least 800 foreign fighters who went to Syria and Iraq, and has a constituency of radicalized individuals at home who support ISIS. Lone wolf attacks can occur at any time, in any place and no security service has yet found the perfect solution to counter them. While some practical realities are different—the ease of access to high powered weapons for example or the completely open borders—between the U.K. and Continental Europe, as the Nice and Rouen attack showed you do not need a sophisticated weapon to cause a successful high profile incident, and it is not always clear if closed borders would have stopped anything.

Currently, British security services will be focused on supporting their continental counterparts who are facing a particularly acute threat that could still be escalating. Until we know more about the trajectory of this wave of attacks, it will be difficult to know why the U.K. has been fortunate so far been spared.