I’ve long been interested in the death photos used in AQ and IS propaganda, several of which Chris Anzalone [aka Ibn Siqilli] has documented, eg: 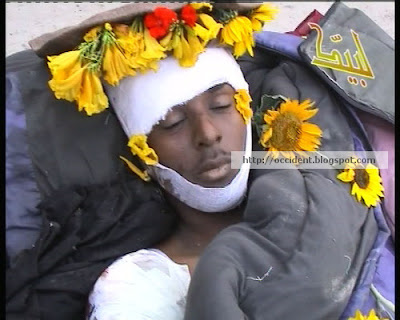 Al-Zubayr al-Sudani, as featured in the AQC-produced video series “Wind of Paradise“

Today, I ran across similar images from a site devoted to the Khalistan (Sikh homeland) liberation movement —