A short response to last Friday’s incident in Leytonstone for the Guardian where an apparently mentally troubled man attacked some people on the tube. Unclear case, though his expression of ideology suggests a possible terrorist connection in there somewhere. A depressing event that will highlight the persistent problem of both loud ideologies and lone actor terrorists. Anyway, the piece looks at the strange effect of people choosing to video such events instinctively these days. Beyond this, spoke to Financial Times and AFP about the event, though AFP slightly misunderstood what I had said – my suspicion around the police making the link to terrorism so quickly was that they knew him before, not that it was linked to Syria as written. 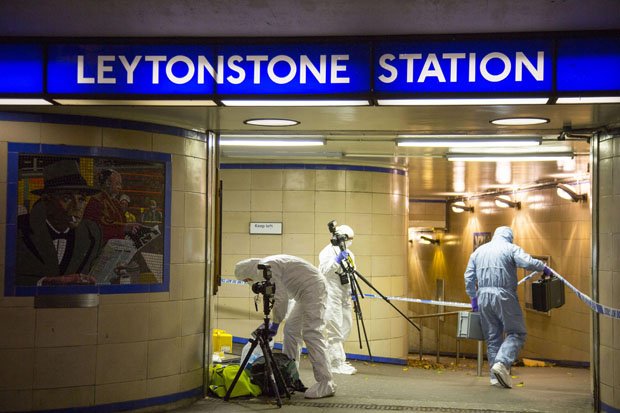 In the 1970s, an American special forces officer turned academic called Brian Michael Jenkins declared that ‘terrorism is theatre.’ The logic was that politically minded terrorist organisations were keener to disseminate their message than cause deaths. The deaths were part of the way to attract attention, with the priority being visibility to advance their message. High-profile hijackings or public murders were the norm, with the 9/11 attacks the apex of this approach.

Previously the medium to disseminate this message was the television news. Now, with video cameras ubiquitous in our phones, we are all mediums through which terrorists can transmit and broadcast.

The brutal murder of Lee Rigby in May 2013 was a turning point in terrorist messaging. Using basic weaponry, the two murderers butchered the off-duty solider before stating their creed to anyone who was standing around to listen. Having prepared no clear video or other statement of intent, the two men were entirely reliant on the wider public around them to help spread their message through short video clips recorded on telephones. And yet this medium worked to the point that, in some ways, that particularly brutal but low-casualty attack had more impact than larger terrorist plots that followed.

Woolwich was not the first low-tech terror attack in the UK. In 2010, a young woman from east London entered the office of her local MP, Stephen Timms, armed with a knife from Tesco and attempted to kill him for his vote years earlier in support of the Iraq war. And in the days prior to the murder of Rigby, a Ukrainian far-right terrorist murdered Mohammed Saleem in Birmingham.

Yet neither of these two incidents had the same sort of resonance as the murder of Rigby as there was no audience to capture them on their cameraphones. The internet was not immediately flooded with images, meaning that everyone could immediately latch onto the attack and shout about its awfulness or tweak and rebroadcast them advancing their own narrative.

On Saturday night in Leytonstone, just as in Woolwich, the attacker’s stated intent and actions were captured on camera. The subsequent broadcasting of the message around the world meant that the attack and its message resonated almost immediately. It remains to be seen whether extremist groups will capitalise on the footage in the same way that al-Shabaab did in the wake of the Woolwich incident and make it the centrepiece of an hour-long film lauding the act and calling for others to emulate it. But doubtless some of the images that were captured of the attacker on Saturday night will find their way into terrorist publications and media.

This phenomenon is in some ways the reflection of the increasingly diffuse terrorist threat that is faced. Previously, you had to go to specific locations or people to find radical material. Now it is widely available and accessible, meaning all sorts of people can latch on and express the ideology without having any contact with a terror group. But now things have gone a step further, where we are all broadcasters for the group, capturing and advancing their message through our personal recording devices that offer unvarnished views of incidents as they happen.

The one positive side to this diffuse and random form of messaging is that the attacker no longer completely controls their message. He or she can shout about Syria, but cannot stop the stalwart Londoner shouting back ‘You ain’t no Muslim bruv’ – a catchphrase that is likely to resonate as widely as the failed attack.