First of all: Happy holidays to anyone who is reading this!

A brief hiatus over the holiday period after a slowdown towards the end of the year for a variety of reasons, but will be hopefully back to more regular output next year. In the wake of Sydney (and subsequent events in France) had a spate of conversations with journalists about the phenomenon of lone actor terrorism, including for the Financial Times, Telegraph, Huffington Post, Newsweek and New York Times. The Guardian in the meantime solicited the below piece. I am sure (and know) there will be more on this topic in the new year, in particular as am in the midst of projects on this very topic in a variety of different directions.

How do we know if ‘lone actors’ are unstable individuals, or acting under direction from a group? Counter-terrorist planning will increasingly grapple with this question 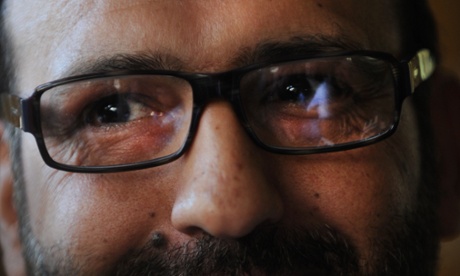 Lone actor-style terrorism is becoming the new normal. Groups like al-Qaeda and Islamic State (Isis) have been pushing it most recently, but it has been a feature of terrorist narratives and strategic thinking for some time.

Isolated individuals who launch attacks using rudimentary weapons are difficult for security forces to detect using their traditional methods. The same factors that make it hard to intercept such individuals make it equally hard to know for sure that what is being looked at is a genuine terrorist attack, or a deranged person who adopts the garb of a terrorist to publicly exorcise personal demons.

Monday’s attack in Sydney by Man Haron Monis was an archetypal case of how confusing this picture can get. A clearly troubled individual tried to draw some of Isis’s brand and spotlight to himself, and ended up leaving the world wondering the degree to which he can be considered associated or connected to the group in any way.

Lone actor (the preference by governments is to not use the term “lone wolf” as it is seen as glorifying) terrorism is not new. Right wing extremists have long liked the idea, drawing back to Cold War thinkers who were keen to prepare America for the possibility of an invading force that would require loyal survivors to take to the hills to wage an undercover insurgency against invaders.

Initially developed under the concept of “leaderless resistance” in the 1960s by a US Army Cold Warrior called Ulius Louis Amoss, the ideas were further advanced by a Ku Klux Klan member called Louis Beam in the 1980s. For Beam, the concept of single man (or small cell) fighting units was a perfect way around the need to fight a strong and pervasive state – because there were fewer opportunities for security forces to intercede.

Moving into our current age of sacred terror, the concept of networks of extremists with few connections launching a global insurgency was advanced by an al-Qaeda ideologue named Abu Musab al Suri. He spoke of a group structured like a “system, not organisation” – whereby different cells had their roles, but did not speak to each other in any direct way, each knowing their job and role without the need for compromising contact.

Largely ignored by the broader al-Qaedaist community, his ideas were picked up with great verve by al Qaeda in the Arabian Peninsula (Aqap) who used their Inspire magazine to push the idea of a self-starting jihad whereby individuals simply launch attacks using weapons easily to hand against any target they could find.

In one issue they advocated people simply taking a jeep with knives welded to the front of it and driving it into a crowd of people. Track forwards to today and Isis leader Muhammad al Adnani gave a speech in which he called for people to “kill a disbelieving American or European – especially the spiteful and filthy French – or an Australian, or a Canadian, or any other disbeliever from the disbelievers waging war … in any manner or way however it may be”.

As al Adnani put it, cause murder and mayhem wherever you are, without asking “for anyone’s advice” or “anyone’s verdict. Kill the disbeliever whether he is civilian or military”.

While groups have long pushed in this direction, it is not clear how successful they have been in actually driving people in this direction. There has been a noticeable increase in lone actor style terrorist attacks whereby people launch attacks seemingly without any clear direction or command and control from a specific group. It is not clear that this is something that a group, like Isis or al-Qaeda, could really claim credit for.

In a British context, the first real lone actor terrorist plot took place in the form of Andrew Ibrahim, a troubled young man from Bristol who was reported to authorities by the local community when he showed up to his local mosque with quite serious burns on his hands. A self-proclaimed Muslim convert, Ibrahim had led a troubled youth dabbling in drugs, the rave scene and steroids.

At the time of his arrest Ibrahim seemed to be primarily making his money on welfare and selling the Big Issue. Somewhere along the way he decided to adopt the garb of extreme Islam.

Ibrahim spent some time trying to connect with extremists around the UK, while he would show off videos of Osama bin Laden to his friends. When police moved to arrest him they were shocked to find viable homemade explosives in his fridge, a homemade suicide vest behind his door and a well thought-out plan of the Princesshay shopping mall, which he apparently intended to target in a suicide terrorist attack.

With no connections or direction from known extremists, Ibrahim was the first in a number of cases in the UK where individuals launched seemingly random attacks in which they would refer to the language and rhetoric of violent Islamism without having any connection to it.

While we still do not know the full picture with Man Haron Monis, it increasingly seems as though we are dealing with a similar individual who is troubled and angry at society for his own personal reasons, and who saw the bright light of Isis’s brand as the best way to get his message out there.

The problem is that while he may have had no connection to the group, his choice of using its rhetoric and approach to express himself meant that his plot captured the world’s attention. A man, angry at society, quickly escalated into a potential terrorist incident, with potential links to Isis.

This both bolsters the group and the individual. Separating these incidents out and establishing how to properly respond to them is going to be at the heart of counter-terrorist planning for the near future.