A glass darkly for princes… 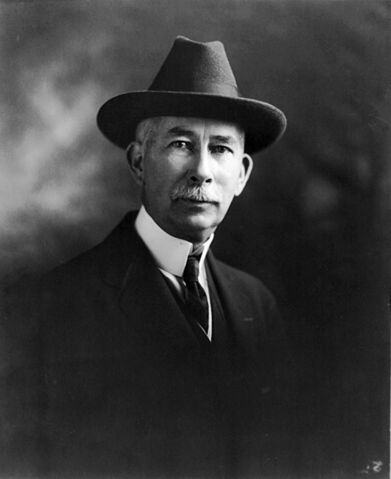 Mr. House has a reputation for being wise and inscrutable.

He was also nicknamed “Colonel” House.

We need not refer to him by that nickname here. While Mr. House did have a name, he never had a serial number. So he doesn’t deserve the rank: his nickname cheapens the rank of the real Wise and Inscrutable Colonels of history: 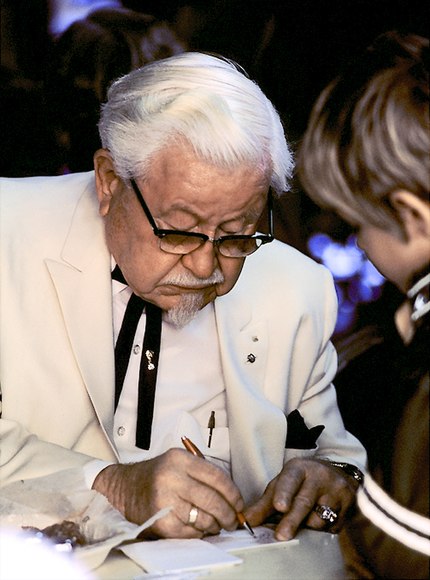 Mr. House does have one distinction: my Dad lives in mortal terror of Mr. House. Many are the times when my father has paused mid-sentence, looked to one side and then the other for treacherous eavesdroppers, and whispered the nickname and name of He Who Cannot Be Nicknamed or Named. And why does Dad fear the unnicknamed shadow of Mr. House when he should fear the Curse of the [actual] Colonel?

Like the tragic geopolitical nerd of yore, fierce ambition to be not only a playa but to be THE PLAYA raced through Mr. House’s bloodless veins. Deep in his black, barely beating heart, Mr. House knew he was a Colonel in Nickname Only, not what future adversary Cousin Theodore (that’s Colonel Roosevelt to you) called “the man who is actually in the arena, whose face is marred by dust and sweat and blood”. So, to fill that non-Colonel abyss in his soul, Mr. House wrote a novel. Being a rich banker, he was able to “persuade”” avant-garde publisher B.W. Huebsh to publish it anonymously in 1912.

It begins with an ominous title:

No word strikes more fear into the hearts of those who still have hearts than ADMINISTRATOR!!!. Its like impartial technocratic professionalism…MADE FLESH!!!

Mr. House reminds us of THE TERROR THAT IS THE POLITICAL CENTER!!! by quoting zombie radical centrist [now, at least] Giuseppi Mazzini:

“No war of classes, no hostility to existing wealth, no wanton or unjust violation of the rights of property, but a constant disposition to ameliorate the condition of the classes least favored by fortune.”

Fear the DREAD VOICE OF MODERATION!!!

The book’s actual action opens with a door to the MILQUETOAST OF HORROR:

In the year 1920, the student and the statesman saw many indications that the social, financial and industrial troubles that had vexed the United States of America for so long a time were about to culminate in civil war.

Wealth had grown so strong, that the few were about to strangle the many, and among the great masses of the people, there was sullen and rebellious discontent.

The laborer in the cities, the producer on the farm, the merchant, the professional man and all save organized capital and its satellites, saw a gloomy and hopeless future.

With these conditions prevailing, the graduation exercises of the class of 1920 of the National Military Academy at West Point, held for many a foreboding promise of momentous changes, but the 12th of June found the usual gay scene at the great institution overlooking the Hudson. The President of the Republic, his Secretary of War and many other distinguished guests were there to do honor to the occasion, together with friends, relatives and admirers of the young men who were being sent out to the ultimate leadership of the Nation’s Army. The scene had all the usual charm of West Point graduations, and the usual intoxicating atmosphere of military display.

The vortex of terror only spirals downward from there. With great bravery, Wikipedia stiff-lipped summarizes the dread plot of Philip Dru…ADMINISTRATOR!!!:

His book’s hero leads the democratic western United States in a civil war against the plutocratic East, and becomes the acclaimed leader of the country until he steps down, having restored justice and democracy.

While Mr. House had romantic Playa envy he (anonymously) shared with the tragic geopolitical nerd, unlike the that poor creature, doomed to die comic pratfall by comic pratfall, Mr. House had an actual superpower: he could become someone else. House lacked the self-destructive instinct of the self-appointed strategist for Playaing the prima donna. He was willing to venture where few ventured, to go where few dared go. He went inside.

If the most primal species of strategist is the Little Father, the Great Captain at War, a Thutmoses III, an Ashurbanipal, a Heraclius, where politics, strategy, and tactics form are joined to form one sharp cutting blade in the arsenal of the Genius Mind, Mr. House stolidly belongs to the next oldest class of strategist: the favorite.

If the Little Father wins his role and its power by his intrinsic Little Fatherliness, the favorite gains his role and its power by his ability to cater to the whims of Little Fatherliness. The favorite’s talent is heroic submission, signing his will with all its mind, might, and strength over to his master without limit. Any ambitions he has manifests itself only in how he ever so carefully he contorts himself to ever so carefully refract his masters reflection back onto the Little Father. It is by such subtle bending of white light into brown light, tinged with the Little Father’s favorite colors, that the best of favorites stays the most favored of favorites. If the favorite flashes any light of his own, light that may outshine, however briefly, his master’s rays, the favorite risks becoming less favorite and even not favorite. And a favorite without favor is -ite. And who needs more -ite?

The man who would draw near to Philip Dru…ADMINISTRATOR!!!, even if one step removed from real ADMINISTRATION!!!, must be one with his masters peripheral vision. He should be seen but unseen, felt but unfelt, brown-nosed without visible brown stains. His inner geopolitical nerd must remain leashed, unseen, and unsuspected.

Such leash. Such unseen. Much unsuspect.

The greatest threat to favor remains intoxication by proximity, so close to power, the ultimate intoxicant. If the favorite forgets his power is that of another, drawn from that of another, he’s doomed. In the Hall of Fame of Great Obsequious Americans, Mr. House holds no candle to the sinister Dr. Kissinger, Epic Suck Up to ten presidents, but he did well, for a time, with his one president.

Unfortunately for Mr. House, he was no Cousin Tom. And that doomed him. He too was no mirror for princes.

[Dad, you can come out from underneath the bed now.]