Join ASP on October 2nd for a half-day conference bringing together experts from the public and private sector, as well as policy makers and members of the media to discuss the mutually beneficial impacts of US private investment on the African continent, opportunities for practical investment, and how to effectively manage the accompanying risk.

The panel will discuss how strengthening US-Africa economic ties through investment can increase stability and serve US national security interests without boots on the ground.  It will also include an examination of the present roles of the United States government in taking forward these concepts by supporting private investment.

Nelson Cunningham is President of McLarty Associates, the international strategic advisory firm headed by former White House Chief of Staff and Special Envoy for the Americas Thomas F. “Mack” McLarty III. Mr. Cunningham was also Special Advisor to President Clinton for Western Hemisphere Affairs and previously served as a counsel at the White House and as General Counsel of the Senate Judiciary Committee under Senator Joseph Biden. Prior to that, he was a federal prosecutor in New York under then-U.S. Attorney Rudolph Giuliani and also served as a foreign policy and trade advisor to the 2004 Kerry campaign.

Bisa Williams is currently Deputy Assistant Secretary in the Bureau of African Affairs at the U.S. Department of State, responsible for West Africa and African economic policy issues. She has served as U.S. Ambassador to the Republic of Niger from 2010 to 2013, the Coordinator for Cuban Affairs in the Bureau for Western Hemisphere Affairs and as acting Deputy Assistant Secretary for Western Hemisphere Affairs covering Central America, the Caribbean and Cuba in 2010. The recipient of five Superior Honor and four Meritorious Honor Awards, DAS Williams holds a Master of Science degree in National Security Strategy from the National War College of the National Defense University in Washington, DC, a Master of Arts degree in Comparative Literature from the University of California, Los Angeles, and she received her Bachelor of Arts degree cum laude in Black Literature of the Americas from Yale.

Leocadia “Lee” I. Zak was appointed by President Obama and confirmed by the United States Senate as the Director of the U.S. Trade and Development Agency, which helps U.S. businesses create jobs through the export of their goods and services for priority development projects in emerging economies. Prior to joining USTDA, Ms. Zak was a partner in the Washington and Boston offices of Mintz, Levin, Cohn, Ferris, Glovsky and Popeo, P.C., practicing in the areas of corporate, municipal and international finance. Ms. Zak was also an Adjunct Professor of Law and has taught International Project Finance at the Boston University School of Law, Morin Center for Banking and Financial Law Studies and at the Georgetown University Law Center. 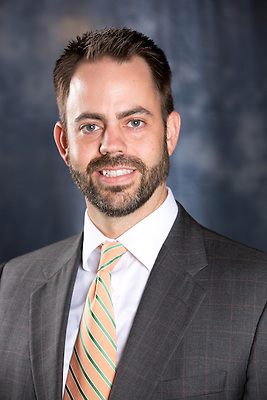 Scott Eisner is vice president of African Affairs and International Operation at the U.S. Chamber of Commerce.Previously, Eisner was deputy chief of staff at the Chamber where he oversaw the Executive Office and was the senior staffer to the Chamber’s president and CEO. He also represented the Chamber at the Asia-Pacific Economic Cooperation summits and the World Economic Forum in Davos. Before joining the Chamber, Eisner held positions in the political arena, most notably his work on Sen. John McCain’s 2000 presidential campaign and his reelection to the Senate in 2004.