War on the Rocks: A New Nixon Doctrine – Strategy for a Polycentric World 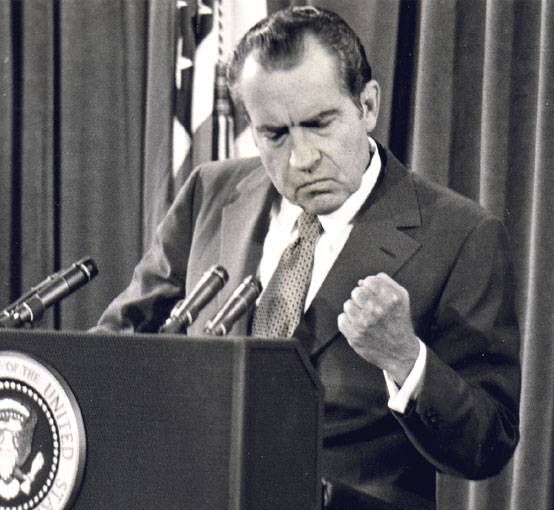 I have a new piece up at the excellent War on the Rocks site that is oriented towards both history and contemporary policy Some Excerpts:

A New Nixon Doctrine: Strategy for a Polycentric World

….Asia was only the starting point; the Nixon doctrine continued to evolve in subsequent years into a paradigm for the administration to globally leverage American power, one that, as Chad Pillai explained in his recent War on the Rocks article, still remains very relevant today. Avoiding future Vietnams remained the first priority when President Nixon elaborated on the Nixon Doctrine to the American public in a televised address about the war the following October, but the Nixon Doctrine was rooted in Nixon’s assumptions about larger, fundamental, geopolitical shifts underway that he had begun to explore in print and private talks before running for president. In a secret speech at Bohemian Grove in 1967 that greatly bolstered his presidential prospects, Nixon warned America’s political and business elite that the postwar world as they knew it was irrevocably coming to an end [….]

….China was a strategic lodestone for Richard Nixon’s vision of a reordered world under American leadership, which culminated in Nixon’s historic visit to Peking and toasts with Mao ZeDong and Zhou En-lai. In the aftermath of this diplomatic triumph, a town hall meeting on national security policy was sponsored by the American Enterprise Institute that featured the Secretary of Defense Melvin Laird squaring off with future Nobel-laureate, strategist and administration critic Thomas Schelling over the Nixon Doctrine and the meaning of “polycentrism” in American foreign policy. Laird was concerned with enunciating the implications of the Nixon doctrine as an operative principle for American foreign policy, taking advantage of the glow of a major success for the administration. Schelling, by contrast, was eager to turn the discussion away from China to the unresolved problem of the Vietnam war, even when he elucidated on the Nixon doctrine’s strategic importance. [….]

….What lessons can we draw from the rise of the Nixon Doctrine?

First, as in Nixon’s time, America is again painfully extricating itself from badly managed wars that neither the public nor the leaders in two administrations who are responsible for our defeat are keen to admit were lost. Nixon accepted defeat strategically, but continued to try to conceal it politically (“Vietnamization,” “Peace with Honor,” etc). What happened in Indochina in 1975 with the fall of Saigon is being repeated in Iraq right now, after a fashion. It will also be repeated in Afghanistan, and there it might be worse than present-day Iraq. [….]

Read the article in its entirety here.