Chet on Entanglement, Boyd and Strategy 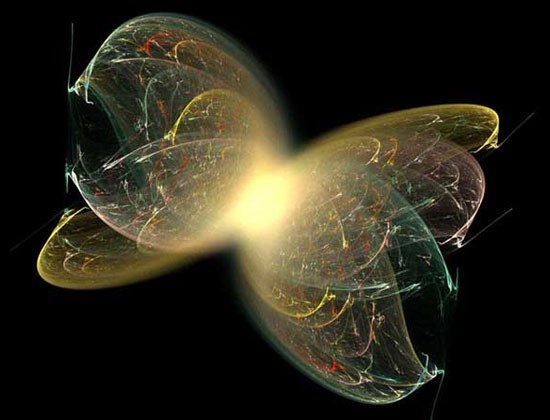 Chet Richards had an intriguing post at Slightly East of New on the implications of developments in quantum mechanics for Colonel John Boyd’s OODA Loop which was itself rooted in Boyd’s explorations of physics:

Quantum entanglement, the arrow of time and John Boyd?

Time, as every reader of this blog knows, plays a fundamental role in Boyd’s philosophy of conflict. The whole idea of fast transients, for example, which morphed into “operating inside the OODA loop,” depends on one side’s ability to change the environment more rapidly than the other side can comprehend, that is, within the time it takes them to reorient.

Does time exist? Not a question I’m going to go into here because even if it didn’t exist, what difference would it make to, say, operating inside the OODA loop? In either case, we can still imagine, and work with, an arrow of time: Just as you can tell whether Kill Bill (either part) is playing forward or backwards (hint — blood); in a business competition, you can generally tell who is operating inside whose OODA loop.

New research now ties the phenomenon we call the “arrow of time” to quantum entanglement. As the researchers note:

Energy disperses and objects equilibrate, they say, because of the way elementary particles become intertwined when they interact — a strange effect called “quantum entanglement.”

“Finally, we can understand why a cup of coffee equilibrates in a room,” said Tony Short, a quantum physicist at Bristol. “Entanglement builds up between the state of the coffee cup and the state of the room.”

….Well, I hear you ask, isn’t that what Boyd did in “Destruction and Creation” when he invoked Gödel, Heisenberg, and the 2nd Law? The short answer is “Absolutely not!” There are a couple of ways that you can convince yourself he wasn’t reasoning by analogy. First, you could look at the explanations of Boyd’s method that I do in “John Boyd, Conceptual Spiral, and the Meaning of Life” and that Chuck Spinney put into Evolutionary Epistemology, Chart 32, both available on our Articles page. The other possibility is to actually read “Destruction and Creation.”

I’ll save you a little time. All three of these laws and theorems address systems, and Boyd was applying them to a particular system, which he defines in the opening paragraphs of the paper. You can argue whether his application is valid, but it is intellectually dishonest, or at least lazy, to claim he was relying on analogies.

But perhaps you don’t need to employ analogies in the case of quantum mechanics and the arrow of time. The researchers are proposing that entanglement affects what we do every day out in the real, observable world:

According to the scientists, our ability to remember the past but not the future, another historically confounding manifestation of time’s arrow, can also be understood as a buildup of correlations between interacting particles. When you read a message on a piece of paper, your brain becomes correlated with it through the photons that reach your eyes. Only from that moment on will you be capable of remembering what the message says. As Lloyd put it: “The present can be defined by the process of becoming correlated with our surroundings.”

I welcome corrections or comments from the more scientifically literate.

What does this mean for conflict within a complex social system?

Following Boyd, our goal is to successfully adapt, more effectively than our adversary, but also shape events and their consequent outcomes to our advantage. These scientific findings point to how difficult our task is; not only do we contend with the actions of an enemy or competitor but the environment alone, over time, should be sufficient to bring all of our efforts to naught.

“When you engage in actual fighting, if victory is long in coming, then men’s weapons will grow dull and their ardor will be damped. If you lay siege to a town, you will exhaust your strength.

Again, if the campaign is protracted, the resources of the State will not be equal to the strain.”

Master Sun may have known what he was talking about.

One answer might be found in avoiding gratuitous conflict. This might mean avoiding engagement what William Lind calls “centers of disorder”. I don’t believe non-intervention or isolationism is always practical, but frivolous, impulsive, ill-considered and astrategic “do something” intervention rarely is cost-free.

Another possibility is only engaging at times, places and manner where maximum leverage can be exerted with your power, ju-jitsu style, for the highest ROI and the least possibility of blowback. An excellent real-world example of this would be Vladimir Putin’s salami-sliced annexation of Crimea which left Kiev frustrated and Western leaders at a loss of where or how to “hit back ” at Moscow effectively. The truth was that there was no place. Crimea was extremely vulnerable to Russian designs and conversely very difficult for the West to get Russia to disgorge quickly at any kind of reasonable cost. Sanctions have been more of an empty gesture/tantrum than a serious attempt at counterpressure.

A third option is to move and to move with decisive speed,  inside your opponents’ OODA Loop, reduce them to a shambles, collect your modest winnings/get the new status quo ratified, keep moving and get out. Hanging around in theater for a decade only increases your entanglement and you find that much like Hotel California, you can check out any time you like but you can never leave. Sometimes this is necessary (NATO, Japan), usually it is not.

Finally, advancing harmony is underrated and should be a core component of grand strategy and communicated in both word and deed. This unifies, reduces internal contradictions that generate friction and creates opportunities for synergy, leveraging the strengths of others and “flipping” potential adversaries into allies, or at least benign neutrals (this is near impossible a task with a self-aggrandizing, corrupt and hypocritical leadership – they ARE the internal contradiction and the magnet for friction and opposition)