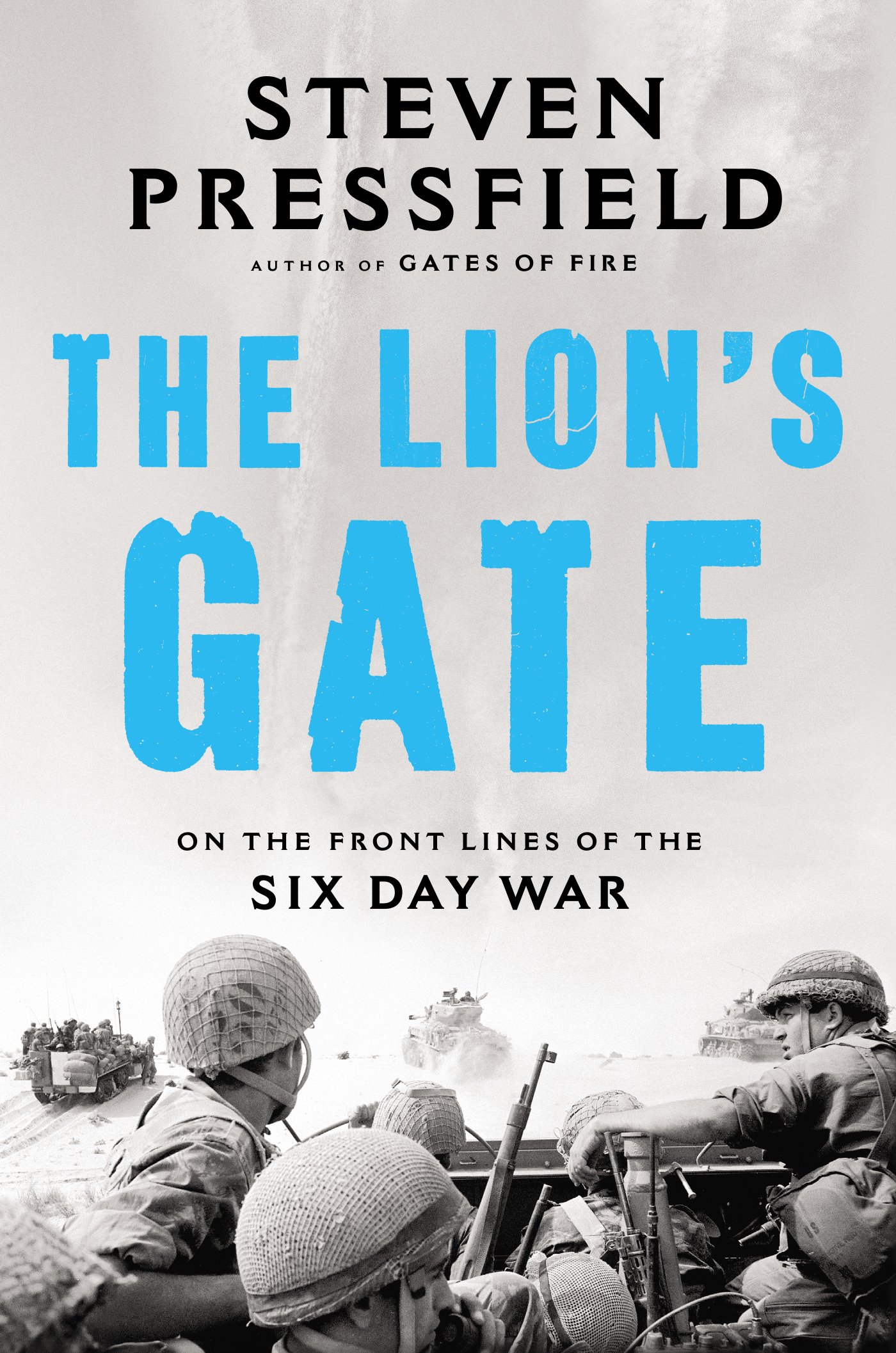 The Lion’s Gate: On the Front Lines of the Six Day War by Steven Pressfield

This just arrived hot off the presses on my doorstep yesterday, courtesy of Steve and in terms of writing, The Lion’s Gate appears to be a significant departure for him.

While Pressfield has done novels that were historical fiction (Gates of Fire, Killing Rommel),  military futurism ( The Profession ) or non-fiction essays on harnessing creativity ( The War of Art), achieving professionalism ( Turning Pro) and writing (The Authentic Swing), The Lion’s Gate is a serious work on history.

I say “on” rather than “of” because Pressfield described his book as “hybrid history”, having approached the Six Day War partly in Studs Terkel fashion, with interviews of participants in the war recounting their experiences heavily driving the story, but this is combined with traditional historical research and Pressfield’s own shaping of the narrative. As a technique, it also reminds me somewhat of what Solzhenitsyn termed a “literary investigation” in describing his monumental Gulag Archipelago.

Israeli history or the specific battles of the Arab-Israeli wars have not been my areas of research, so I am looking forward to reading things that are new to me. The Six Day War burnished Israel’s military reputation and that of Defense Minister Moshe Dayan to the point that frustrated supporters of America’s war effort in Vietnam sent the beleaguered head of MACV, General William Westmoreland, black eyepatches.

A full review to come in the future.