“Friends of Zenpundit Who Wrote Books” # 3

As the holiday season is here, I thought it would be amusing between now and Christmas to do a series of posts on books by people who have, in some fashion, been friends of ZP by supporting us with links, guest-posts, friendly comments and other intuitive gestures of online association. One keyboard washes the other. 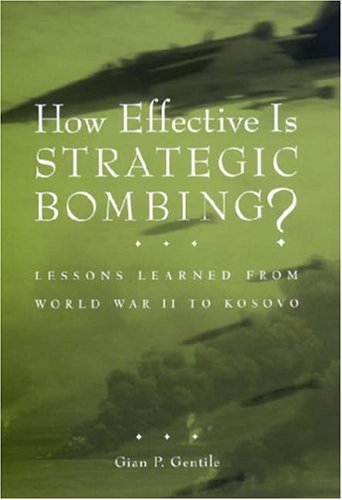 How Effective is Strategic Bombing?: Lessons Learned From World War II to Kosovo

Colonel Gentile is a historian, a professor at West Point, a combat veteran of Iraq and is the foremost public critic of pop-centric COIN theory around, bar none, which he has translated into a book-length critique that is required reading for the con side of the COIN debate. Gian has also been kind enough to grace the comment section here from time to time as well as participating in the Afghanistan 2050 Roundtable at ChicagoBoyz blog.

Manning the Future Legions of the United States: Finding and Developing Tomorrow’s Centurions

Spirit, Blood and Treasure: The American Cost of Battle in the 21st Century

The Path to Victory

Raising the Bar: Creating and Nurturing Adaptability to Deal with the Changing Face of War

I have had the pleasure of hearing Don speak and demonstrate some of his adaptive leadership techniques at the Boyd Conferences which I greatly enjoyed and strongly endorse, for those interested in having Vandergriff as a speaker or consultant. His absence this year at Boyd was much regretted but Don was off doing some important work this year overseas. Catch him in print instead.

Brave New War: The Next Stage of Terrorism and the End of Globalization

I am an unabashed huge fan of John’s work and Global Guerrillas has been on my (very) short list of must read sites for years. This book, like Ronfeldt and Arquilla’s Netwars, is a classic of emerging trends in warfare and strategy that belongs on your shelf.