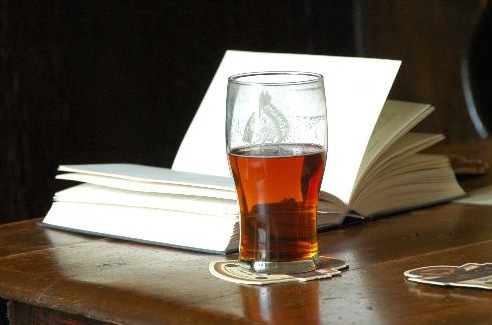 Been too long since I have run one of these compendiums…..

Top Billing! Goes to my amigo Michael Lotus for breaking into the big league level of MSM op-eds. Congrats Mike!:

The transformation of the USA — here comes America 3.0

The recent political deadlock and government shutdown, and the disastrous rollout of ObamaCare, show that something is seriously wrong in Washington, D.C.

America is going through a transformation, on a scale that few people now realize. The last such fundamental change was from the rural and agrarian society of the Founding era (America 1.0) to the urban and industrial society which is now coming to an end (America 2.0).

That transition was disruptive and painful, but ultimately led to a better America

We are now making a similar transition to a post-industrial, networked, decentralized, immensely productive America, with a more individualistic, voluntarist, anti-bureaucratic culture (America 3.0).

Congrats to John Robb on starting Home Free America ! ( also read his Is making a policy decision in the “National Interest” smart anymore? Probably not.)

SWJ – (Anderson) The End of the Peace of Westphalia: Fourth Generation Warfare and (Hoffman) Into the Cities; Dark, Dense, and Dangerous

This question is often raised. Although traditional insurgents have adopted many of the tactics of 4GW, they differ from non-state Fourth Generational warriors in that insurgents are looking to replace the current government of a country with another fairly traditional and recognizable government, usually one with a different ideological bent. When they gain enough strength, traditional insurgents generally form fairly conventional third generation military forces rather than continue guerilla and terror operations. Some insurgencies try to oust foreign occupying forces, but still look to replace them with nation-state governmental norms. Fourth Generational actors generally have far wider regional and even global visions or look to impose entirely new social systems based on their religion or ideology. Of the three major non-state actors operating in the world today, the Taliban comes closest to acting like a traditional insurgency, but even it has transnational aspirations of uniting the Pashtun peoples of Pakistan and Afghanistan onto one political-unit. A captured Taliban once told me that if the Taliban could unite “Pashtunistan”, he didn’t care about the rest of Afghanistan.

Abu Muqawama is gone but not forgotten. A great blog – best wished to Dr. Exum and we will see Adam and Dan blogging elsewhere soon I’m sure.

War on the Rocks – (Tankel) GOING NATIVE: THE PAKISTANIZATION OF AL-QAEDA and (Ollivant) MALIKI’S VISIT: THE THREE S-WORDS

Prime Minister Maliki will doubtless ask for assistance with his terrorism problem (the Iraqis have allegedly asked for—and been denied—armed drones).  The United States could agree to give assistance, but the lack of a Status of Forces Agreement makes the provision of any  military personnel problematic.  Perhaps a more feasible answer is for the United States to facilitate the Iraqi contracting of private U.S. firms that specialize in intelligence analysis, many of them formed and/or staffed by JSOC, and other military intelligence, veterans.   Once the Iraqi Security Forces know who is (and just as important, who is not) affiliated with AQI, then removing them from the population becomes much easier—and more surgical.

If you’re looking for the world’s fastest sprinter, you run a race and see who wins. The criterion for judging is straightforward. That is not the case in physics, poetry, community organizing, or any other pursuit for which MacArthurs have been or should be awarded. You judge a person’s accomplishment in such matters by examining their work in relation to existing relevant work. If it’s like some of that work, then they’re not a genius. Though their work might be very excellent indeed, they aren’t breaking new ground.
If, however, their work is obviously different, now we’ve got something to think about. And what we’ve got to think about is whether or not the work will prove to be solid, lasting, and seminal, or whether it will prove to be the unsubstantial contraption of a crank. How do you make THAT call?

Rumors are swirling in Washington that the Pentagon is thinking of closing its Office of Net Assessment (ONA). Alarmed by this idea, four congressmen led by Rep. Randy Forbes wrote to Defense Secretary Chuck Hagel (.pdf) demanding “a commitment to the Office of Net Assessment.” The Lexington Institute’s Daniel Gourejoined the fray, opining that ONA “must be preserved and supported.” National security discussion boards and email loops quickly lit up with concern for ONA’s future.Outside Washington such passion must seem strange. ONA is a tiny organization that mostly commissions analysis and studies. Abolishing or changing a government office like this normally would pass unnoticed except by the people directly affected. But the Office of Net Assessment is not a normal organization. While most of the Pentagon’s massive bureaucracy is focused on short-term issues and immediate problems, ONA was designed to think big and long-term. Since there is nothing else exactly like it, closing it would have deep symbolic importance and raise major questions. As the Department of Defense cuts spending, what capabilities should stay and what can go? If the Office of Net Assessment is closed, does this mean that the United States no longer considers it important to think big thoughts about national security? And if its function is important, is there a better way to do it?

Pundita –More on the rule of law and a road map to a police state
.
Fabius Maximus – Will 21st Century USA have a surprise boom, as did the 19th Century UK?
.
Zero Hedge –A Closer Look At The Decrepit World Of Wall Street Rental Homes
.
Having invested massively in foreclosed properties ( foreclosed in a large part because of  prior Bankster scamming) in the past two years,  Wall Street hedge fundies are piloting a future “nation of renters” – basically America as one large and miserable “Pottersville“ with absentee landlords for the formerly middle-class. Expect a massive lobbying effort by the finance industry against the home mortgage deduction in 2014 right after the election to get a lame duck Congress  to attack private home ownership.
.
Joshua Foust – Drones, Scary but Good for Peace
.
Breaking Defense –How To Get Best Military Leaders: CNAS Says Split Warriors From Managers
.
The Atlantic –Report: American Education Isn’t Mediocre—It’s Deeply Unequal
.
Aeon Magazine – Ninety Degree Revolution
.
AFJ – Deterrence in the Post Cold War Era
.
That’s it!