Book Review at Pragati: The Strategy Bridge by Colin Gray 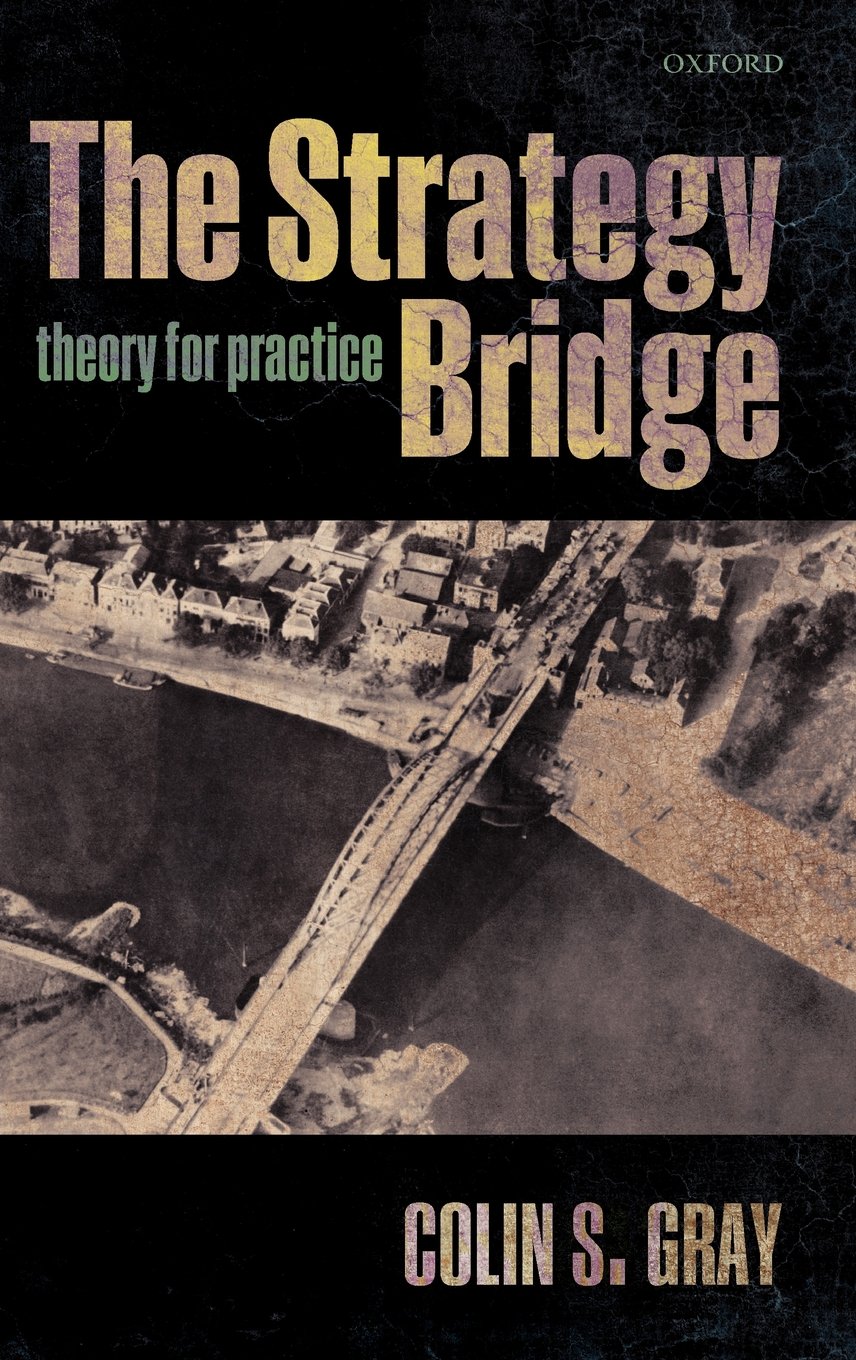 I have a new book review up at Pragati Magazine this morning, The Strategy Bridge:Theory for Practice by Colin S. Gray which is a must read book for any serious student of strategy.

Pragati, which is a national interest and policy magazine for India is starting to turn greater attention towards the subject of strategy and is also running another article in the same issue on strategy and the Maoist insurgency and recently on Indian grand strategy.

A Bridge over Troubled Waters

The title of The Strategy Bridge is also Gray’s operative metaphor, both for the purpose of strategy and the role of the strategist himself that represents the dialectical dynamic of war and strategy-making, the latter being a shared enterprise, save for some extreme historical outliers where strategy was vested in one man, like the regimes of Napoleon and Adolf Hitler. Strategy is the ‘bridge’ that must be built between policy determined by a national leadership and the operational and tactical behaviors of the military and other arms of national power. The strategist “mans the bridge”, orchestrating all of the elements within a master strategic concept and managing the iterative relationship.

Gray writes “The function of the military strategist, his unique raison d’etre, is to ensure that policy and the military instrument are purposefully connected… The strategist must understand the whole nature of a conflict, including war and warfare if antagonism has escalated thus far, because subject to political control, he has the duty of care over the entire competitive performance of the security community… The mission of the military strategist is to decide how the enemy is to be defeated. It is his task to invent a theory of military victory. That theory has to be expressed in and revealed in plans, which are contingent predictions of an extended kind, and must be commanded by generals to whom the strategist delegates some restricted command authority. Whether or not the strategist wishes or is able to function as a general also, must vary with historical circumstances”

….The Strategy Bridge is subtitled “Theory for Practice” because it is intended as a serious work of theory, a framework for understanding enduring principles of strategy so that a practitioner can thoughtfully apply them in making strategies for the specific context in which they find themselves to provide correct guidance for the operational planners and tacticians who will execute it. Consequently, Gray has not written an introductory text for a novice student but an insightful book for the strategic practitioner of journeyman experience – field grade officers, senior intelligence and foreign policy analysts, academic strategists, think tank researchers and national security advisers to senior government officials – who have a store of knowledge of their own. Hence the repeated invocation of “the bridge” metaphor by Gray; his primary audience are the people “doing strategy” and their success or failure “manning the bridge” will help determine the degree to which government purpose remains connected to action or whether the whole business will go off the rails into a quagmire, as it too often does.