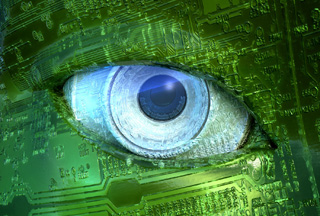 I’m not going to belabor the tale of woe those trying to deal with Edward Snowden’s theft are dealing with right now. For a moment I want to opine on some of the secondary and tangential issues that I predict is going to make life in the IC more difficult because of his actions:

Here’s a framework that will allow you to put the stuff you read in the news into context.

From hat bans to NSA leaks about surveillance programs.

Problem:  Everybody on the planet IS a potential terrorist.

Solution:  Put everybody on the planet under positive control.

In the case of positive control, any lack of activity or lapse in data flow is considered a dangerous act.

Try to hide = something to hide.

Any blocking of monitoring will be made illegal and a major crime.

Multiple systems with overlapping control will provide a complete cradle to grave blanket.

There’s no way to avoid this.  It’s already here and nobody cares.

Polizeros –Steve Gibson on NSA surveillance and PRISM. “Most important show ever”

Gibson’s point is that NSA taps into Tier 1 routers, and splits the data off, hence the name PRISM. They don’t have to tap your house or a server farm, just on the Tier 1 routers. Thus Apple, Facebook, and Google et al are correct in saying NSA didn’t have access to their servers. Forget server farms, the question we need to ask is, do they have access to routers near those companies by tapping the fiber optic lines. NSA targets the bandwidth provider of big high tech companies to tap the routers closest to them. All email is readable on the routers because it’s not encrypted (unless you use encryption software.) Semantic technology is used to analyze the data further.

Joshua Foust – Can the NSA Search for Americans? Who Knows. and Three Guiding Principles for Reforming the NSA

Lawfare Blog– Philip Bobbitt on the Snowden Affair and The Miminization and Targeting Procedures: An Analysis

Volokh Conspiracy –What is The “Real Story” About Edward Snowden and His Disclosure of NSA Activities?

Abu Muqawama – Through a Murky PRISM

Pundita – Out with Obama’s China Pivot; in with the Snowden Pivot, and  Obama’s Insider Threat program: Are you having a bad hair day? I might have to report you as a potential traitor to the United States.