Is 4GW Dead?: Point-Counterpoint and Commentary 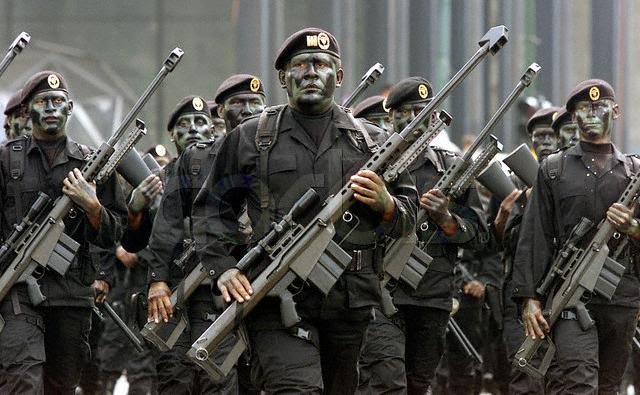 4GW theory has always attracted overenthusiasts and  raging haters ever since the concept emerged way back in 1989, so debates about the merit of 4GW are nothing new; in fact, the arguments became so routine that they had largely gone sterile years ago.  After T.X. Hammes published his excellent  The Sling and the Stone and John Robb  went to the next level with Brave New War , it seemed that  little new was left to be said. In the late 2000′s, intellectual energies shifted to arguing the nuances and flaws of Pop-centric COIN, which proved in time to be even more bitter than those about 4GW.

What is different recently is that the person taking the affirmative on the question “Is 4GW dead?” was Dr. Chet Richards, who for years ran the premier but now defunct 4GW site, D-N-I.net, now archived here by the Project on Government Oversight.  Richards is no Clausewitzian true-believer or Big Army MBA with stars, but a former collaborator with John Boyd and a leading thinker of the 4GW school who had written several books with that strategic theme.

Therefore, not a critic to be dismissed lightly. Here’s Chet:

….The first thing to note is that 4GW is an evolution from 3GW, which they equate to maneuver warfare and the blitzkrieg as defined in MCDP 1 and Boyd’s Patterns of Conflict. These are styles of warfare conducted by state armies against other state armies, although the paper does invoke the notion of transnational terrorists near the end.

At some point in the late 1990s, the theory bifurcated. Bill Lind and Martin van Creveld began to emphasize the decline of the state and focus on transnational guerrilla organizations like al-Qa’ida. Tom Barnett called this the “road warrior” model. T. X. Hammes, on the other hand, characterized 4GW as “evolved insurgency” and envisioned the techniques described in the paragraphs above as also useful for state-vs-state conflicts.

….The 9/11 attacks, by a transnational guerrilla movement, seemed to confirm 4GW in both of its forms. In the last few years, however, everything has gone quiet. Transnational insurgencies, “global guerrillas” as John Robb terms them, have not become a significant factor in geopolitics. “Continuing irritation” might best describe them, whose primary function seems to be upholding national security budgets in frightened western democracies. The state system has not noticeably weakened. So it might be fair at this point to conclude that although 4GW was a legitimate theory, well supported by logic and data, the world simply didn’t develop along the lines it proposed.

A prominent critic of 4GW, Antulio J. Echevarria, may have been correct:

What we are really seeing in the war on terror, and the campaign in Iraq and elsewhere, is that the increased “dispersion and democratization of technology, information, and finance” brought about by globalization has given terrorist groups greater mobility and access worldwide. At this point, globalization seems to aid the nonstate actor more than the state, but states still play a central role in the support or defeat of terrorist groups or insurgencies.

Why? I’ll offer this hypothesis, that the primary reason warfare did not evolve a fourth generation is that it didn’t live long enough. The opening of Sir Rupert Smith’s 2005 treatise, The Utility of Force, states the case….

4GW is Alive and Well

So “the world simply didn’t develop along the lines it (4GW) proposed”? How do you say that in Syriac?

The basic error in Chet Richards’ piece of April 19, “Is 4GW dead?” is confusing the external and internal worlds. Internally, in the U.S. military and the larger defense and foreign policy establishment, 4GW is dead, as is maneuver warfare and increasingly any connection to the external world. The foreign policy types can only perceive a world of states, in which their job is to promote the Wilsonian nee Jacobin, follies of “democracy” and “universal human rights.” They are in fact, 4GW’s allies, in that their demand for “democracy” undermines states, opening the door for more 4GW.

In most of the world, democracy is not an option. The only real options are tyranny or anarchy, and when you work against tyranny, you are working for anarchy. The ghost of bin Laden sends his heartfelt thanks.

Third Generation doctrine has been abandoned, de facto, if not de jure, by the one service that embraced it, the U.S. Marine Corps. The others never gave it a glance. The U.S. military remains and will remain second generation until it disappears from sheer irrelevance coupled with high cost. That is coming much sooner than any of them think.

….In many of these cases, including Egypt and Pakistan, the only element strong enough to hold the state together is the army. But the “democracy” crowd in Washington immediately threatens aid cut-offs, sanctions, etc., if the army acts. Again, the children now running America’s foreign policy are 4GW’s best allies.

Fourth generation war includes far more than just Islamic “terrorism,” and we see it gaining strength in areas far from the Middle East. Gangs have grown so powerful in Mexico, right on our border, that I predict the state will soon have to make deals with them, as the PRI has done in the past. Invasion by immigrants who do not acculturate is a powerful form of 4GW, more powerful than any terrorism, and that is occurring on a north-south basis (except Australia) literally around the world. Remember, most of the barbarians did not invade the Roman Empire to destroy it. They just wanted to move in. In fact, most were invited in. Sound familiar?

What should concern us most is precisely the disconnect between the internal and external worlds. Externally, 4GW is flourishing, while internally, in the US government and military, it does not exist. This is the kind of chasm into which empires can disappear….

Fabius Maximus – who is a both a pseudonymous blogger and a group blog, also responded:

Update about one of the seldom-discussed trends shaping our world: 4GW

The second point is important to us, but the usual outcome since WW2 (after which 4GW became the dominate form of military conflict; see section C below).  The third point is the big one. Based on the available information, one of Bin Laden’s goals was to destabilize the US political regime. Massive increase in military spending (using borrowed funds). The bill of rights being shredded (note yesterday’s House vote to tear another strip from the 4th amendment). Our Courts holding show trials of terrorists — recruited, financed, supported by our security services. Torture and concentration camps.

….We — the Second American Republic — have engaged in a war with nationalistic, Islamic forces using 4GW.  So far we are losing.  For various reasons we are unable to even perceive the nature of the threat. In DoD the hot dot is again procurement of high-tech weapons — new ships, the F-35, the hypersonic cruise missile, etc.  All useless in the wars we’ve fought for the past 50 years, and probably in those of the next 50 years…..

4GW has been heavily criticized – and accurately so – for making selective use of history, for unsupported maximal claims, for an excessively and ahistorically linear argument and for shifting or vaguely defined terms. Presented rigidly, it is relatively easy for critics to poke holes in it simply by playing “gotcha” (some of the criticism of 4GW did not get beyond ad hominem level garbage, but more intellectually serious detractors made very effective critiques of 4GW’s flaws).

That said, there were a number of useful elements or insights in the body of 4GW writings that retain their utility and I think are worth recalling:

The lessons of 4GW will still be relevant wherever men fight in the rubble of broken societies, atomized communities and failed states.