A Brief Note on the Benghazi Hearings 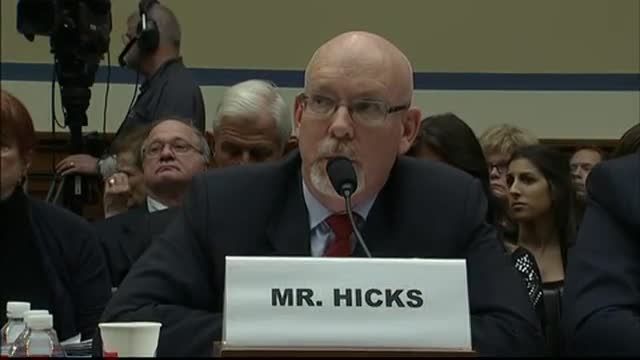 There is legitimate room for debate if there could have been an effective military reaction to the attack in Libya by al Qaida terrorists that killed Ambassador Stevens and other US personnel.  One was apparently never seriously entertained  by senior White House, State Department and Pentagon officials. I think there ought to have been an effort to move heaven and earth and far, far greater willingness to inflict massive casualties on an attacking Libyan mob than existed, but in fairness to the Obama administration, a seat-of-the-pants, unsupported, undermanned response could also have been a replay of Blackhawk Down or Desert One. It’s a tough judgment call for any President.

That’s not why the Obama administration is in trouble today.

Poorly supported security and inept decision making by the State Department in Libya was likewise, disappointing but politically survivable and sadly, unsurprising.. We have seen similar bungling before and after 9/11 by most of our major national security departments and agencies at one time or another. It is a bipartisan phenomenon, albeit one we take far too lightly.

No, as damning testimony today made clear, the Obama administration is in trouble because their poor but not remarkably so handling of Benghazi was shielded by a ridiculous lie told entirely for partisan gain and to protect the overrated reputations and overweening egos of various administration bigwigs, most notably the former Secretary of State, Hillary Clinton.

Is there anyone today – anyone at all – who still believes that Benghazi occurred because of an obscure crackpot’s video on youtube?

Had the administration manfully said “This attack is a terrible tragedy and we dropped the ball but you can believe we won’t make a similar mistake tracking down the people who did this and make them pay” most Americans would have accepted that. No, not rabid partisan Republicans, but most Americans would have wanted to back the President, any President, in the wake of such terrorism which is directed, in the last analysis, at all of us.

They did not – and much of the rest of their reaction indicates that the real concern at State and the White House was and still is with the temerity of their political opponents in daring to demand they account for their actions as if we lived in a Republic or something.

In American politics, it is the self-inflicted wounds that fester and turn gangrenous