America the Home of the Brave? 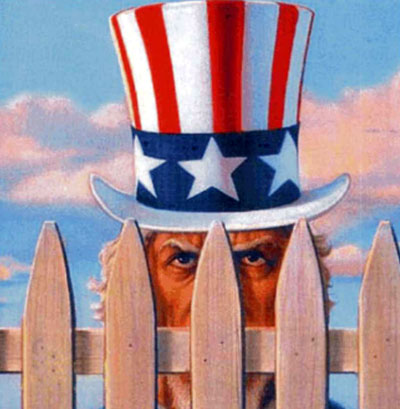 An excellent op-ed in the Washington Post by Small Wars Journal editor and author of War, Welfare and Democracy,  Peter J. Munson

An America Cramped by Defensiveness by Peter J. Munson

….Since I returned home, a darkness has grown in me as both I and our nation have failed to live up to the sacrifices of these young men and women. I had no expectation of “victory” in Afghanistan or Iraq, whatever that would mean. Nor did I expect some epiphany of strategic insight or remorse from the nation’s brain trust.

I just found that I could not square the negativity, pettiness and paranoia in the discourse of our country’s elders with the nobility and dedication of the men and women I had seen and served with in Afghanistan.

Over time, as I listened to the squabbling, I realized that about the only thing Americans agree on these days is gratitude bordering on reverence for our military. It troubled me that the sum total of consensus in our discourse is deference toward the defenders of our nation.

Eventually, it dawned on me that the focus on defense was the root of our problem.

After the Sept. 11, 2001, attacks, the United States sent its military off to war and fretted about post-traumatic stress disorder — but paid little attention to the fact that America itself was traumatized. Americans became angry and withdrawn. We are fearful and paranoid because after a strike on our nation we chose to focus on defense rather than the resilience and vitality that made America great. In our defensive mind-set, we bristle at every change in a world undergoing an epochal transformation.

We have little reason to be so negative. Certainly the rest of the world is gaining on us, but this represents the success of explicit U.S. policies. After World War II, the United States sought to create a world of economic interdependence and prosperity, hoping to banish the malaise that helped precipitate a global conflict. The prospect of rapid growth in the developing world was not viewed as a threat but rather offered the promise of robust markets for American goods and ingenuity. We were confident and focused on the positive tasks of expanding our economy rather than fearing change…..

If you go back and look at news coverage of September 11, you will be struck by the calmness of ordinary citizens in New York in the face of carnage, their lack of panic and firm determination to help. The bravery and sacrifice of firefighters, EMT and police, the dogged resolution of rescue workers digging for victims, the sheer heroism of the passengers of  United Airlines Flight 93 who, led by Todd Beamer, stopped the al Qaida hijackers from ramming another plane into another skyscraper or perhaps the Capitol Building.

All of the security theater, the attacks on liberty, the surveillance state machinations, creeping normalization of government thuggery, bureaucratization, centralization and paternalism that have since been justified in the name of 9/11 were not needed on that day nor wanted by the overwhelming mass of American citizens afterwards.  It was wanted by our “leaders” – who were largely irrelevant to events on September, 11 – because it conformed to their worldview and overweening personal need for “control” of a democratic citizenry they would prefer to be less autonomous and more passive, docile, compliant and disengaged.

We need to revive the American spirit and the first steps are rolling back much of the illiberalism of the past decade.