More on current events in North Africa, this time for the BBC. I owe Virginia a note of thanks for reviewing it – grazie! I was also quoted briefly in this Financial Times article on the British government’s response. (UPDATE: have briefly tweaked it to reflect a commenter’s correct catch) 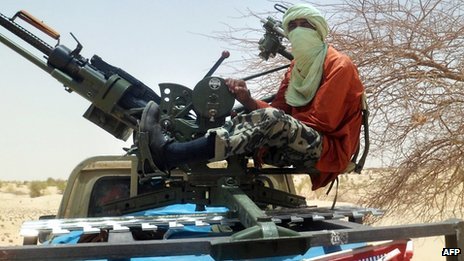 Militant Islamists are operating across the vast Sahara Desert

UK Prime Minister David Cameron has said that Islamist extremists in North Africa pose a “large and existential threat” – a comment he made following the siege of a gas facility in Algeria, where dozens of people, nearly all of them foreigners, were killed.

“It will require a response that is about years, even decades, rather than months,” Mr Cameron said.

“What we face is an extremist, Islamist, al-Qaeda-linked terrorist group. Just as we had to deal with that in Pakistan and in Afghanistan so the world needs to come together to deal with this threat in north Africa.”

The group responsible for the incident in In Amenas in Algeria appears to have been led by Mokhtar Belmokhtar, a local jihadist-criminal who had been a commander of al-Qaeda in the Islamic Maghreb (AQIM).

He left or was asked to leave AQIM late last year. Branching out, he founded an independent faction called the Signed-in-Blood Battalion that seems to have operated out of territory controlled by the Movement for Unity and Jihad in West Africa (Mujao) in northern Mali.

Belmokhtar’s faction claims that the assault in Algeria was conducted to avenge the French decision to attack northern Mali.

But, with his organisation reportedly having agents within the compound, it seems likely that this was a longer-term plot that was brought forward in response to the French assault.

It was in fact Belmokhtar’s close companion, Omar Ould Hamaha, a leader in Mujao, who declared in response to the French intervention in Mali that France “has opened the gates of hell [and] has fallen into a trap much more dangerous than Iraq, Afghanistan or Somalia”.

That Belmokhtar’s faction would want to attack a Western target is not entirely surprising.

He has a long form of kidnapping foreigners and AQIM – to which he belonged until last year – has a long and bloody history.

Originally born as the Armed Islamist Group (GIA) in the wake of the Algerian military annulling elections that the Islamic Salvation Front was poised to win Algeria in the early 1990s, the group evolved first into the Salafist Group for Preaching and Combat (GSPC), before adopting the al-Qaeda mantle in 2007 to become AQIM. 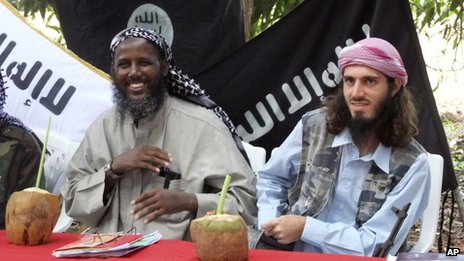 The GIA, in particular, has been linked to attacks in the mid-1990s on the Paris metro system, the GSPC to plots in Europe and North America prior to the attacks in New York on 11 September 2001, and the groups across North Africa have historically felt particular enmity towards former regional colonial power France.

What is worrying about events in Africa, however, is that violent groups espousing similarly extreme rhetoric can be found in a number of countries.

In Mali alone, alongside AQIM, Mujao and the Signed-in-Blood Battalion is Ansar Dine, another splinter from AQIM that has held large parts of the north since last year and has been imposing its version of Islamic law.

In Nigeria, Islamist group Boko Haram has conducted a destabilising and bloody campaign of terrorism in a fight that is rooted in longstanding local social and economic tensions.

Reports emerged last week that a leader from the group may have found his way to northern Mali, while American military commanders have long spoken about the connection between AQIM and Boko Haram.

Further demonstrating the potential links to Nigeria, back in July last year, a pair of men were accused in an Abuja court of being connected to al-Qaeda in the Arabian Peninsula (AQAP), which is al-Qaeda’s Yemeni affiliate.

And across the Gulf of Aden from Yemen is Somalia, a country that has been home to al-Shabab, a jihadist group that last year aligned itself officially with al-Qaeda.

There have been reports of Boko Haram fighters training alongside al-Shabab fighters and the Somali group is known to have deep connections with AQAP.

Particularly worrying for Western security planners, many of these groups have attracted an unknown number of foreign fighters.
In al-Shabab, some, like Omar Hammami, the American-Syrian who rose up in the Somali group’s ranks before recently falling out of favour, have become minor celebrities in their own right.

AQIM’s networks are known to stretch into France, Spain, Italy and even the UK.

Mujao’s Omar Ould Hamaha claims to have spent some 40 days towards the end of 2000 in France on a Schengen visa, whilst there have been numerous reports of Westerners being spotted or arrested trying to join the jihadists in northern Mali.

And now in In Amenas it appears a Canadian citizen may have been one of the attackers.

But the risk is to overstate the threat and focus on the whole rather than the individual parts.

While links can often be drawn between these groups – and they can maybe be described as “fellow travellers” ideologically – it is not the case that they operate in unison or have similar goals. 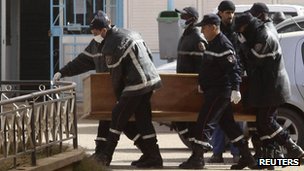 Western interests in Africa will be reassessed as potential targets

Often local issues will trump international ones, even if they claim to be operating under the banner of an international organisation such as al-Qaeda.

And looking back historically, it has been a long time since AQIM-linked cells have been able to conduct or plot a major terrorist incident in Europe.

While a number of plots over the past few years have been connected to al-Shabab, so far there is little evidence that they have actually directed people to attack the West.

The bigger threat is to Western interests in Africa – sites such as In Amenas that will now be reassessed as potential targets for groups seeking international attention, or revenge for French-led efforts in Mali or Western efforts to counter groups elsewhere.