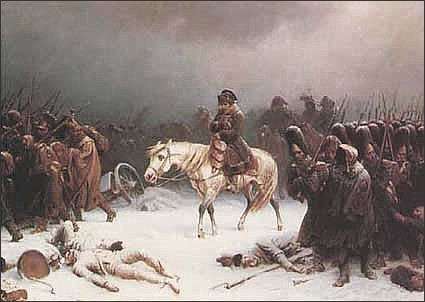 “….and therefore, two kinds of reactions are possible on the defending side, depending whether the attacker is to perish by the sword or by his own exertions.

”Again, if the campaign is protracted, the resources of the State will not be equal to the strain.”

A recent estimate for the cost of the war in Afghanistan by the Congressional Research Office is $443 billion dollars to occupy and fight a Pakistani-supported insurgency in a primitive country whose annual GDP is a mere $ 27 billion. A  figure that itself inflated by $ 3-4 billion is remittances, $ 4 billion in NGO aid and $14 billion in direct US aid (2010 figure); when you then subtract opium smuggling ($ 4 billion), Afghanistan’s legitimate economic activity may only be a miniscule GDP of  $ 2 – 3 billion.

This does not, of course, include the cost of ten years of lavish bribes for Pakistan, a portion of which was used by the ISI to support the Taliban  killing American and ISAF  soldiers  and Afghan civilians.

This is not a cost-effective or strategic way to run a war. In fact, even for a nation as wealthy as the United States there is nothing in Afghanistan worth such an expenditure of blood and treasure, especially when the bulk of our enemies appear to be based in Pakistan, not Afghanistan. You can approach a strategic problem directly or indirectly but to do so indirectly in the most expensive way logistically possible makes little sense. For example:

….Since the ‘war to end all wars’, however, war has not exactly stood still.  Although the US Defense Logistics Agency rather quaintly describes its mission in terms of a supply chain extending ‘from factory to foxhole’, it is, above all, the mobility of military violence that is central to the conduct of late modern war.  But Creveld is adamant that since 1945 the operational freedom of modern ground forces has not markedly increased, not least because their prized mobility is absolutely dependent on supplies of petrol and gasoline.  Since the end of the Second World War the use of petroleum-based fuels by the US military has soared, and as its stripped-down forces have been expected to do more with less (through technological change and outsourcing) so the fuel expended per soldier has increased by 175 per cent to an average of 22 gallons (83 litres) per day. [viii]  As Obama had US forces ‘surge’ into Afghanistan in 2009 so ISAF’s daily fuel consumption rocketed from two million to over four million litres a day. Given these volumes, it is scarcely surprising that the death-dealing capacities of the US military and its allies should have been tied in knots by ‘umbilical cords’ far more convoluted than Creveld could ever have imagined.

There are three main supply networks to be disentangled in turn.  All of them are ground lines of communication.  Air transportation is extremely, usually prohibitively expensive, and only four airports in Afghanistan are accessible to non-military aircraft, so that until 2011 only 20 per cent of cargo was flown in.  Similarly, onward delivery to combat outposts and forward operating bases has usually only involved airdrops if other options are too dangerous. Still, by the start of 2010 around 30-40 per cent of bases were being supplied by air because the Taliban controlled much of Highway 1, the ring road that loops between Afghanistan’s major cities, and its IED attacks on NATO and Afghan forces were increasingly effective.  The high cost of airdropping pallets of fuel, ammunition, water and supplies has imposed all sorts of fuel economies on the military as it attempts to reduce its carbon footprint – ‘troops have learned to sip, not guzzle’ – but it is still the case that, as one US pilot put it, ‘we’re going to burn a lot of gas to drop a lot of gas’.  According to some estimates it can cost up to $400 a gallon to deliver fuel by air. [ix]

Neither war nor strategy are a hard science like physics. That said, there are fields of study and investigation that while not being a science are, like physics, inherently about systems or systemic relationships. Economics  and engineering are two such examples, strategy is another.  Because of this similarity, it is often profitable to employ metaphors or analogies from physics to illustrate strategic problems, as Clausewitz famously did in On War with “friction” and “center of gravity“.

“Diffusion” might be another analogy for statesmen and soldiers to keep in mind.

Military force, or more broadly, national power marshaled and employed toward a vital objective represents a potent concentration of energy like a red hot iron bar. Thrust deeply into a trough of ice water, the surface of the water yields to the mass and heat of the iron bar in a furious burst of steam and boiling turbulence. Keep the bar submerged and every erg of heat will be sapped out of it by the water and the iron will emerge cold, tempered by the experience and inert. Keep the bar submerged long enough and the water will begin to rust the iron away until nothing is left.

Vast spaces, hostile populaces and deeply impoverished environments are like ice water to the molten heat of an invading power, as we have discovered in Afghanistan.

There are already old military maxims that express a warning about the risks of diffusion, notably “Don’t get into a land war in Asia” or “Don’t invade Russia in winter”.  Napoleon Bonaparte marched his vast and fabled Grand Armee of 600,000 men into the endless steppes of Tsar Alexander’s Russia. Everything gave way before Napoleon’s legions, but the Russians were not the Austrians or Prussians, they retreated, savagely burning and destroying as they went:

….Alexander’s proclamation to his people, issued at the time of the French invasion, appealed to these deep seated feelings: Napoleon had come to destroy Russia; the entire nation must rise against ‘this Moloch’ and his ‘legions of slaves’. ‘Let us drive this plague of locusts out! Let us carry the Cross in our hearts and steel in our hands!’ The proclamation was read in all the churches, and the priests supplemented it with embellishments of their own. The Comte de Segur, at this time an aide-de-camp to Napoleon, wrote: ‘They convinced these peasants we were a legion of devils commanded by the Antichrist, infernal spirits, horrible to look upon, and whose very touch defiled”

In Moscow, the city in flames, even Napoleon the Conqueror, the master of Europe, did not have enough men, or material or speed of movement to either digest and rule the immense spaces of Russia or compel Alexander to come to terms:

….Throughout the fall of 1812, Napoleon waited in vain for Alexander’s peace proposals to arrive in the Kremlin. When none came, he made overtures of his own, but Alexander sent no reply. As the days stretched into weeks, Napoleon came to see that he, not Alexander, faced a truly desperate situation, for Russia’s armies grew stronger by the day while his own dwindled from desertions and the ravages of disease. He faced the hopeless prospect of wintering in Russia without adequate food, shelter, or supplies, surrounded by a people so hostile that they burned their grain rather than sell it for French gold. As winter approached, and as the Russian partisans stepped up their attacks on his rear, Napoleon saw that his line of communications, which relied upon a perilously vulnerable corps of couriers who raced from Paris to Moscow in fourteen days, must soon collapse.

Of the Grand Armee, only five thousand returned home from the snowy wastes of Russia alive.

The Wehrmacht did little better. Hitler’s imagined drive to the Urals without a surrender and territorial concession by Stalin was a fantastical ambition. The far-flung distance, roadless mud and icy snow alone were too much for panzer armies and Luftwaffe air wings that proceeded to break down with statistical certainty. Supply lines were too long; gasoline and replacement parts were too few, as were replacements for the men for whom the Eastern Front was a grave. To the dogged resistance of the Red Army, the Germans needlessly added the people’s rage of the Russian partisans by demonstrating to the peasantry that the NKVD held no monopoly on atrocity.  Imperial Japan’s coterminous war in China tells exactly the same unhappy tale.

Grinding poverty itself  is a tax upon the invading force. There are no resources for your army to comandeer or buy, no skilled manpower to requisition or hire, no infrastructure for them to use. All of that must be imported and built at great expense by the invader whose troops are accustomed to far less spartan environs. The local population is usually malnourished, illiterate, ignorant, suspicious of outsiders and  rife with disease; their living habits and water sources unsanitary and endanger the troops. Caring for the locals, even minimal administration of humanitarian aid, becomes a bureaucratic and logistical burden consuming time and diverting resources away from urgent military needs.

The United States under George Bush the Elder, entered into Somalia, a land beset by violent anarchy and it’s people in the grip of a terrible famine and was driven out shortly thereafter under Bill Clinton. The last scenes there being the emaciated Somali followers of  a two-bit warlord,Mohammed Farah Aidid, gleefully swarming over and looting our military’s former…. garbage dump.

When the enemy has a land so poor that he treasures and makes use of the crap you throw away, the economic spillover of your logistical supply lines will fund his war against you. Used to surviving on bare subsistence, the invader’s presence becomes an economic bonanza for resistance and collaborator alike. Sort of a highly kinetic form of military Keynesianism. The war itself and the occupation become an irreplaceable cornerstone of their economy. They hate you being there, but can’t afford to defeat you and drive you out either – making a “quagmire” irregular conflict their ideal economic equilibrium to maintain.

What lessons can we draw here?