I have been under the weather the past few days, but I decided to lumber off my sickbed and tend to the blog.

Vlahos pens a touching tribute to Carl Prine, whose heath is suffering from the effects of his service in combat. All of us here at zenpundit.com wish Carl a speedy recovery and return.

A few days after military writer and critic Carl Prine — whom I did not know at the time — decided to skewer me on his popular new blog, “Line of Departure,” I got a call from an Army friend stationed in Germany. He saw it, and asked “are you alright?” It was that bad.

A little over a year later, I find myself emailing Prine, several times in the last few weeks, writing, “are you alright?”

….I don’t think I ever told him this, but Prine’s single broadside at my work helped to sharpen my writing. I was pretty stung at the time, mostly because he couldn’t be dismissed as a fool. To my mind, he was a self-serving heel, but it was clear he was well-read and a good writer, which made it worse.

I never responded online, but over the course of the next several months we came to a friendly reckoning and rather smooth path towards mutual respect and encouragement.He’s apologized too many times, and given my column at Antiwar.com a lot of props that I don’t think I necessarily deserve but secretly love because LoD is not the typical Antiwar.com audience and it’s nice when we feel we’re getting something across to the people we write about.

Plus, it feels good to be defended by someone who shows no quarter to the hucksters and court scribes who helped deliver us into these wars and continue to this day to downplay the failed counterinsurgency strategy in Afghanistan and the pathetically tepid, mostly wrongheaded state of U.S. foreign policy everywhere else. Our burgeoning collegiality aside, Prine became over the course of his time at LoD one of the good guys, a veteran who obviously loves the military for what it could be and loathes it for what it has been used for, and ultimately for what it has become….

American Security Project (Ashley Boyle) –The US and its UAVs: Addressing Legality and Overblown Scenarios

This piece was endorsed by the killer of egregious drone-nonsense, Dan Trombly. I have to agree. Boyle, unlike about 99% of the folks writing internet hysterics about drones, manages to get international law right before starting her analysis.

While laws governing the use of interstate force bar the use of force in another nation’s territory at times of peace, under Article 51of the United Nations Charter, a nation has “the inherent right of individual or collective self-defence [sic]” until the UN Security Council takes action. Article 51 applies if either the targeted state agrees to the use of force in its territory by another nation or the targeted state, or a group operating within its territory, was responsible for an act of aggression against the targeting state.

David Brooks –Why Our Elites Stink

Brooks gets some of this wrong and drastically underestimates active vice passive corruption eating away at the system bit he gets one critical point right:

….As a result, today’s elite lacks the self-conscious leadership ethos that the racist, sexist and anti-Semitic old boys’ network did possess. If you went to Groton a century ago, you knew you were privileged. You were taught how morally precarious privilege was and how much responsibility it entailed. You were housed in a spartan 6-foot-by-9-foot cubicle to prepare you for the rigors of leadership.

The best of the WASP elites had a stewardship mentality, that they were temporary caretakers of institutions that would span generations. They cruelly ostracized people who did not live up to their codes of gentlemanly conduct and scrupulosity. They were insular and struggled with intimacy, but they did believe in restraint, reticence and service.

Today’s elite is more talented and open but lacks a self-conscious leadership code. The language of meritocracy (how to succeed) has eclipsed the language of morality (how to be virtuous). Wall Street firms, for example, now hire on the basis of youth and brains, not experience and character. Most of their problems can be traced to this.

If you read the e-mails from the Libor scandal you get the same sensation you get from reading the e-mails in so many recent scandals: these people are brats; they have no sense that they are guardians for an institution the world depends on; they have no consciousness of their larger social role.

That’s exactly correct. An elite with no ethical guidance system are not merely prone to personal vice and policy disaster, they are dangerous to democracy. 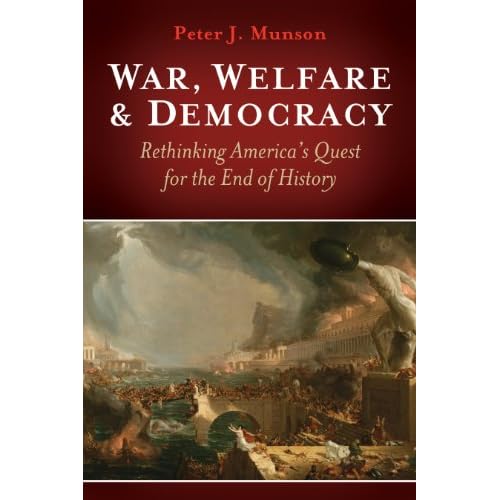